Indians Fans Want Rick Vaughn to Throw Out the First Pitch of the World Series – Is Charlie Sheen Up for It? 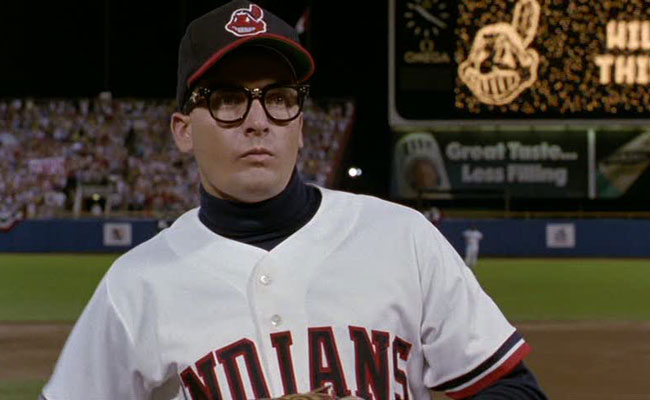 The Indians are already getting ready for game one of the World Series against either the Cubs or the Dodgers on Tuesday night at Progressive Field, and there’s one celebrity that fans are clamoring to have come to Cleveland and throw out the first pitch.

Playing the role of Vaughn was one of Sheen’s most famous roles, and came at a more ‘normal’ time in the controversial celebs life. Indians fans still love the song ‘Wild Thing’ which was the intro song for Vaughn in the movie.

So now that fans are pushing hard on Twitter for Sheen to come to Cleveland to throw out the first pitch – what does the Hollywood star say about it?

Major League
continues to be the gift
that keeps on giving!

if called upon,
I'd be honored. pic.twitter.com/ijjAU0Qvbw

Wow, crazy to think a better way to kickoff the World Series than with Vaughn, wearing his famous glasses, tossing out a fastball to get the Fall Classic out of the way.

In case you haven’t seen it in awhile, here’s the video that still fires up Indians fans from the famous 80’s movie.