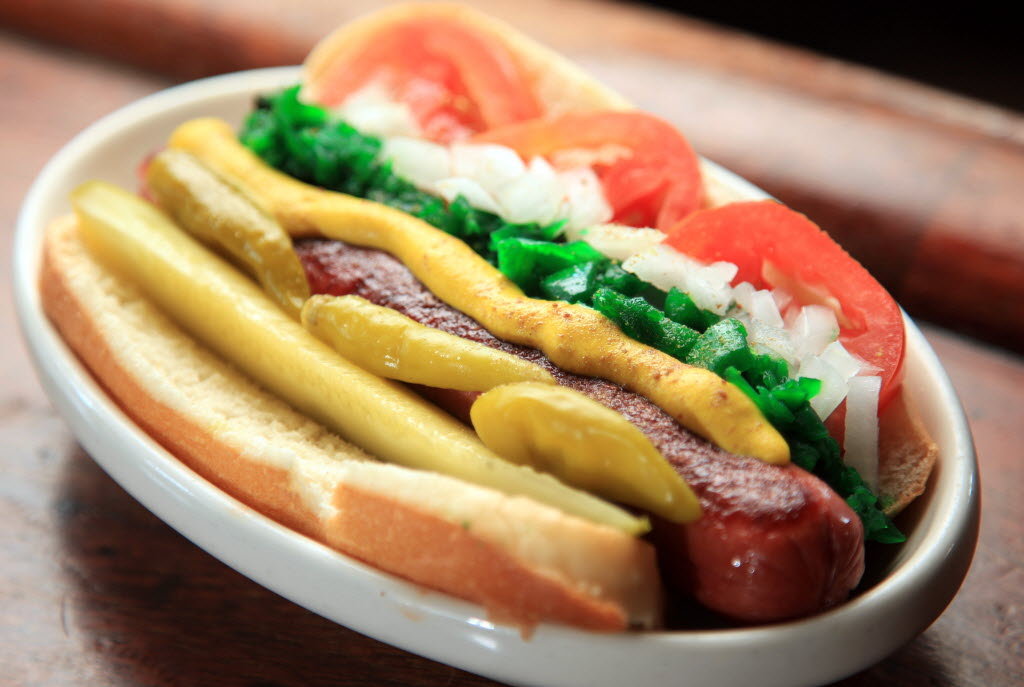 CLEVELAND — The Indians and Delaware North announced Wednesday that Happy Dog, Ohio City Burrito and Cleveland Pickle will be serving up fan favorites at Progressive Field in 2016.

The trio will be located in the ballpark’s newly renovated Infield District, which is being renovated to enhance the fan experience as we approach the 2016 season at Progressive Field.

Happy Dog, located in Cleveland’s Gordon Square neighborhood, has gained notoriety for its upbeat atmosphere and fun, yet simple menu options. Happy Dog offers unique hot dogs, veggie dogs, french fries and tater tots, and boasts an extensive list of toppings, which are all made in house and allows customers to get creative with their meal.

Ohio City Burrito opened in 2009 in Cleveland’s growing Ohio City neighborhood, and offers customers a burrito bar and a variety of Mexican favorites including burritos, tacos, salads, nachos and more. Homemade guacamole and a variety of original salsas made fresh daily.

Cleveland Pickle is also a local foodie favorite because of its uniquely Cleveland sandwich experience, with handcrafted creations – and Cleveland names. The shop, located in the heart of downtown at Euclid and East Ninth Street, also features creative salads, daily housemade soups and a retail line of housemade pickles.

The Happy Dog, at West 58th and Detroit Avenue in Cleveland’s Gordon Square Arts District, started as a neighborhood corner bar in the best sense of the term, with hot dogs and beer, and lots of live music, from rock and country to punk, polka and even classical. The bar also hosts talks by folks from Northeast Ohio’s great cultural and educational institutions, along with visiting scholars and academics. In October 2014, The Happy Dog expanded east to University Circle, bringing life and music back to The Euclid Tavern. Both locations feature Chef Eric Williams’ stripped down menu of hot dogs, veggie dogs, tater tots and french fries, but with a dizzying array of toppings, all made in house.

Ohio City Burrito is home of the Silver Bullet: by definition, a perfectly rolled burrito. Ohio City Burrito strives to roll each burrito perfectly and uniformly using a superior rolling technique. If done right, each burrito should be tightly rolled and compact enough to eat on the go. We take pride in our ‘rolling’ and even have a running competition amongst staff over who is the ‘King’ of rolling the best Silver Bullet.

Josh and Kiaran Kabat opened Cleveland Pickle in 2012, but their journey to creating one of Cleveland’s most recognizable brands and one of the most talked about sandwich shops to hit the local food scene started for the couple many years before the two of them even met. Separately the pair started at a very young age working their way through some of Cleveland’s finest restaurants and in March of 2012, a little sandwich shop with a giant pickle climbing the terminal tower on the sign opened to critical acclaim, sellout crowds and Cleveland Pickle was off and running.

About the Progressive Field renovation project

Indians and Pitcher Josh Tomlin Agree to Two-Year Extension Through 2018
Thome, Belle, Robinson and Jamieson to Be Inducted into the Indians HOF