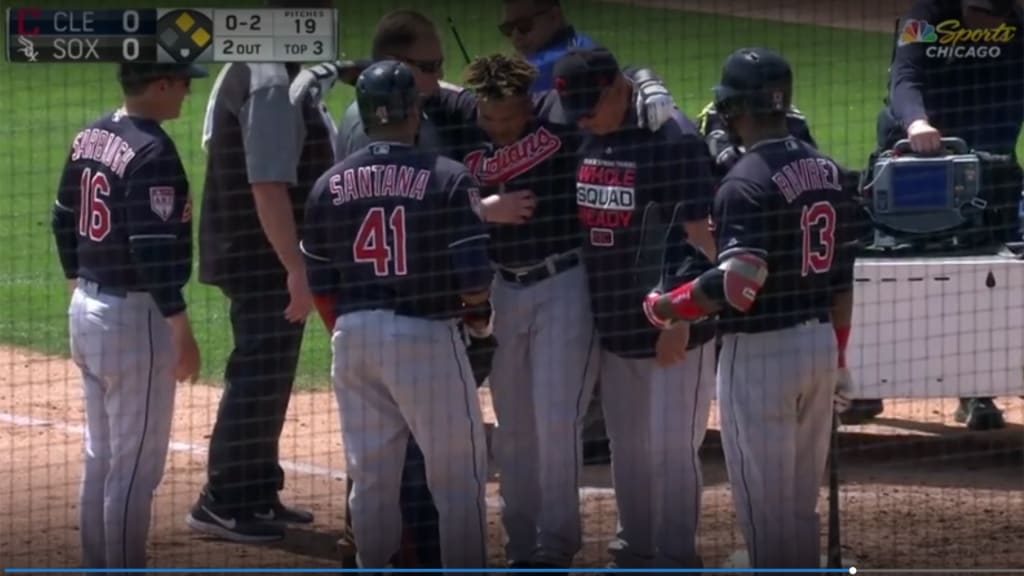 The Indians have already lost infielders Jason Kipnis and Francisco Lindor with injuries this spring, and now as if that’s not bad enough, Jose Ramirez had to leave Sunday’s game in Glendale after fouling a ball off his leg.

The injury to the All-Star took place in the third inning, as Ramirez smacked a pitch and it appeared to hit the inside of his left leg by his knee.

He was helped up by manager Terry Francona and the training staff and some teammates, but eventually had to go off the field on a medical cart.

Max Moroff came in for Ramirez.

The team already Sunday picked up Brad Miller to help out with the depleted infield, and now with Ramirez injured it’s not known what the team may do next.

Here’s video of the incident:

Jose Ramirez is being carted off the field after fouling a ball off of his leg. pic.twitter.com/HPSlH0T3vc