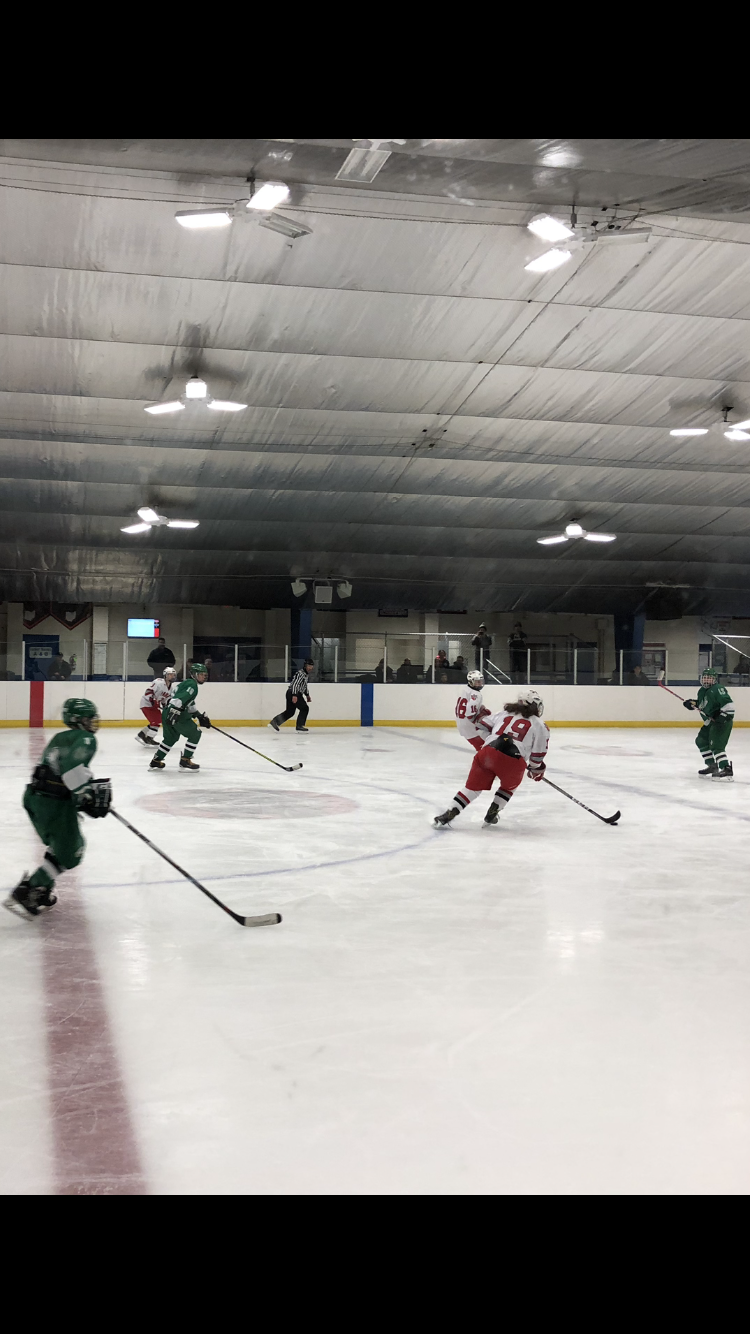 Colin Pinson had some impressive saves – denying 13 shots overall – as the Redmen swept both league games against the Wildcats, outscoring them 21-2.

Junior captain Matt Higginbothamcompleted a hat trick in the first period and scored five goals overall to lead Parma. He also recorded an assist and his 6-point performance moved him into 2nd overall in the Blue Division with 32 points.

Senior forward Matt Piech (10th in the Blue division with 18 points) scored early in the 2nd period while dishing out 4 helpers.

Junior defenseman Owen Arthur played his best game of the season thus far, netting two goals for Parma, while his cousin Robbie Gudin (6th in the Blue division with 21 points) added two goals and an assist.

Robert Takacs drew some “oohs” and “aahs” from the crowd with a top-shelf goal, while adding an assist.

The future looks bright in Parma as freshmen Ryan Myers (3 assists) andRaiven Ignacio (2 assists) continued their impressive play. David Basic and Adam Sandi each recorded an assist, which summarizes the scoring for Parma.

The Redmen will enjoy a short break before hosting their annual Holiday Tournament beginning Wednesday, December 26th, at Ries Rink. Then the team will travel to Kent for a highly anticipated Blue North showdown against the undefeated CVCA Royals (6-0-0) on January 5th.

Mayfield goalie Michael Fink had a busy afternoon with 39 saves. Kaden Jeppe and Hunter Jeppe tallied a goal apiece for the Wildcats, while Nick Maurer dished out his second assist of the season.