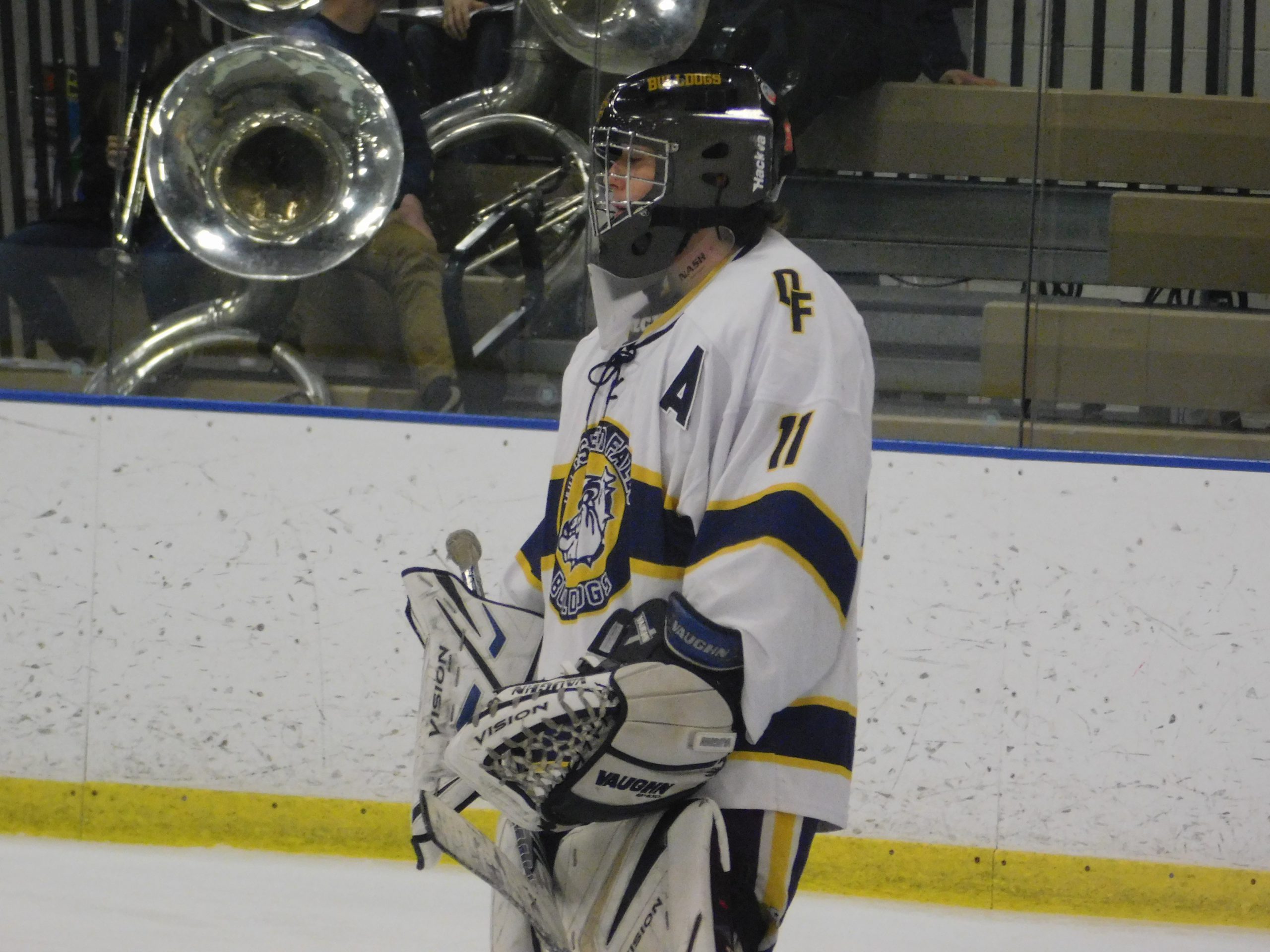 The gift they gave him was a stifling defensive effort and more than enough offense as the Bulldogs improved to 7-1-0 in GCHSHL White North Conference play, and 11-9-0 overall with a 5-1 win over the Westlake Demons.

“Being the only senior on the team it puts a lot of pressure on me,” Hanson said. “Our defense has been solid all season, I really didn’t have to do too much today to be honest.”

He was right, as the Bulldogs spent nearly the whole game peppering Demons goalie Max Novak, putting 60 shots on goal, to just 13 for Westlake.

The lone Westlake goal came with 1:30 to play on a slapshot from the right wing by senior defensemen Sam Mansour to break the shutout bid for Hanson and the Bulldogs.

Olmsted Falls finally struck with just 1:29 to play in the first period, as after a flurry of shots all period, the Bulldogs finally found the net.

The Bulldogs played a majority of the first period in the Demons end, and ended the first 15 minutes with a 23 to 4 shots on goal advantage.

Olmsted Falls nicely fought off a two-minute charging minor to start the second period, and the Bulldogs struck again with their second goal with 6:09 to play in the second to take a 2-0 lead.

The goal went to junior forward Mikey Kirth-Gruszczynski, as he deposited a great shot off the right wing past Novak for the two goal lead.

The assists went to his brother Max Kirth-Gruszczynski as well as freshman defender Alex Kerkay.

Olmsted Falls continued to push the puck in the third, putting up three more goals to put the game away before the Demons scored their only tally with 1:30 to play.

The first goal of the period was scored by Fitz-Patrick, his second of the game at the 8:43 mark, and then Conte put up the next two goals, one at the 6:44 mark and another at 3:33 to end the Bulldogs scoring.

Westlake will be back on the ice Thursday at 8:50pm as they travel to Elyria to take on fellow White North leader Amherst.

The Bulldogs will play Saturday at 6pm as they will take on the Eagles of Avon in at the rink in North Olmsted.

Click the Pages Below to See More Pictures From the Game between Westlake and Olmsted Falls!