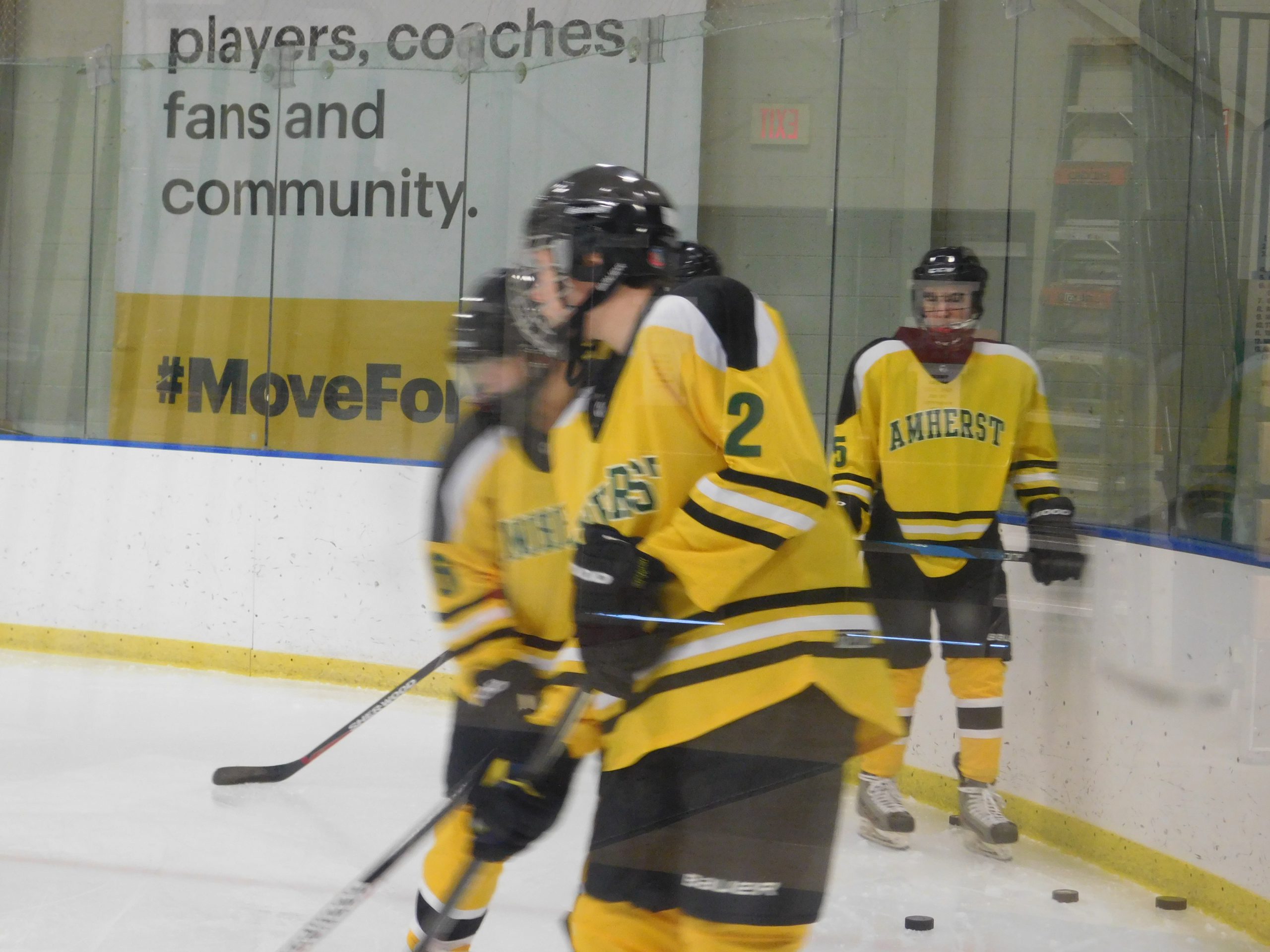 ELYRIA, OHIO– The Amherst Comets topped the Bay Village Rockets 10-2 on Monday afternoon thanks in large part to a first period scoring onslaught.

The first goal from the Comets came with 11:50 remaining in the first period, when Jacob Kramer scored on an assist from Michael Giannuzzi. Less than 30 seconds later, that duo struck again, with Tyler Waldecki also credited with an assist on Kramer’s second goal.

With just over eight minutes to go in the first period, Waldecki scored an unassisted goal of his own to give the Comets a 3-0 lead. The Comets would then go up 4-0 as Kramer scored on a power play goal. Giannuzzi’s first goal gave the Comets a 5-0 lead as he was assisted by Hughes and Nathan Harmych. Kramer rounded out the first-period scoring with another power play goal to give the Comets a 6-0 lead. Jacob Fekete and Waldecki were each credited with an assist. Bay Village scored one of their two goals of the game before time expired, giving the Comets a 6-1 lead heading into the second period.

With 11:50 remaining in the second period, Giannuzzi got things going with another goal for the Comets on an assist from Kramer. The duo assisted in a Fekete goal 30 seconds later, giving Amherst an 8-1 lead. Less than a minute later, Kramer scored his final goal of the night assisted by Fekete and Hughes as the Comets ended the period with a 9-2 lead.

The final goal of the game came with 10:35 left in the third period as Waldecki scored on an assist from Giannuzzi.

Despite personnel losses, Indians bullpen still one of the best in MLB
GBB: Wellington improves to 10-2 with win over Columbia