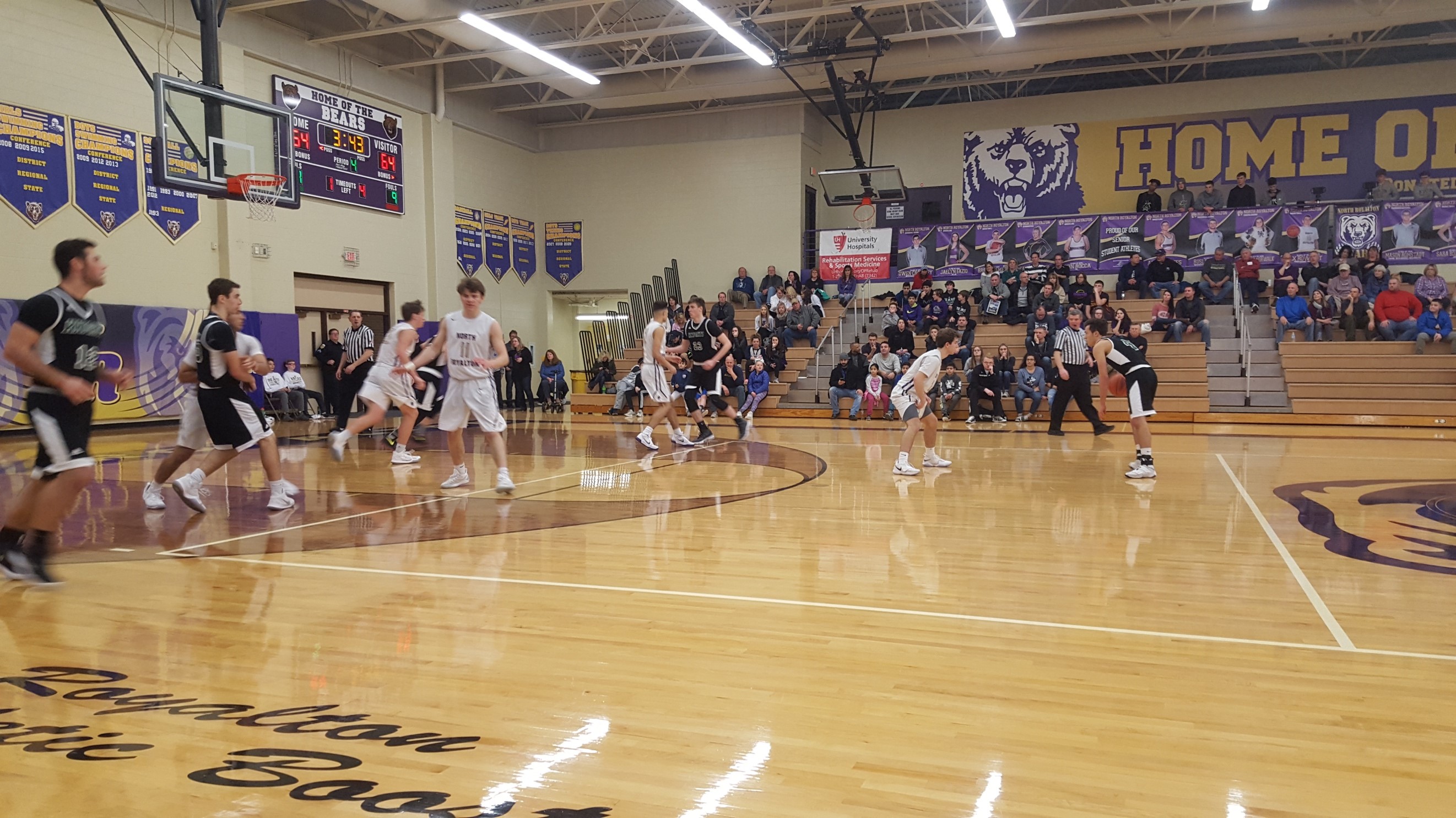 NORTH ROYALTON, OHIO – In what was a physical and hostile environment, the North Royalton Bears defeated the Nordonia Knights 79-72 in overtime Saturday night.

This marks the fourth straight win for the Bears and third consecutive loss for the Knights.

From the start the Bears controlled the pace of the game but with rapid pace comes sloppy play, causing the Bears to turn the ball over, and create bad fouls. The Knights tried to take advantage of the Bears sloppy play in the first quarter but failed to keep pace and committed a lot of mistakes on their end of the floor as well.

The Bears would take a four-point lead heading into the second quarter and increased their lead to 24-16, the Knights would cut the Bears lead to six points before the Bears went on another scoring run to increase their lead by ten points going into the half.

The Knights tried to slow down the Bears offense by trapping on defense and playing full court. However, this would only create more difficulty as the Bears would take advantage and score on every trap and full court press.

Once the second half started, physically increased, and set the tone for what would be a thrilling fourth quarter and overtime. It was a hostile game but we try to get after teams defensively says Bears head coach Nick Lapsevich when describing the tone and outcome of the game.

“It became a sloppy game, a lot of turnovers but I thought both defenses were causing that. I am just glad we came out with the W, tonight because it could have gone either way. As the game got towards the end, they made a few plays down the stretch and got it into overtime. We prevailed in overtime, and I like how we stayed poised even though at times we got a little shaky but made enough plays down the stretch to win the game.”

The Bears would maintain a ten point lead up until the fourth quarter as the Knights made plays down the stretch sending the game into overtime. The Bears would once again go on a scoring run to end the game 79-72.

The player of the game was Bears forward, Jordan Garland who finished the game with 16 points and guard, Jack Bunsey added 13 points. Both Garland and Bunsey were the Bears leading scorers and made an impact on both ends of the floor.

“Jordan had a great game, he’s very talented and has a lot of potential for sure. Jack is a gamer, he can score and always seems to make big shots for us. I really like the group we got, we got guys who come off the bench and make plays and every night it’s a different guy.”