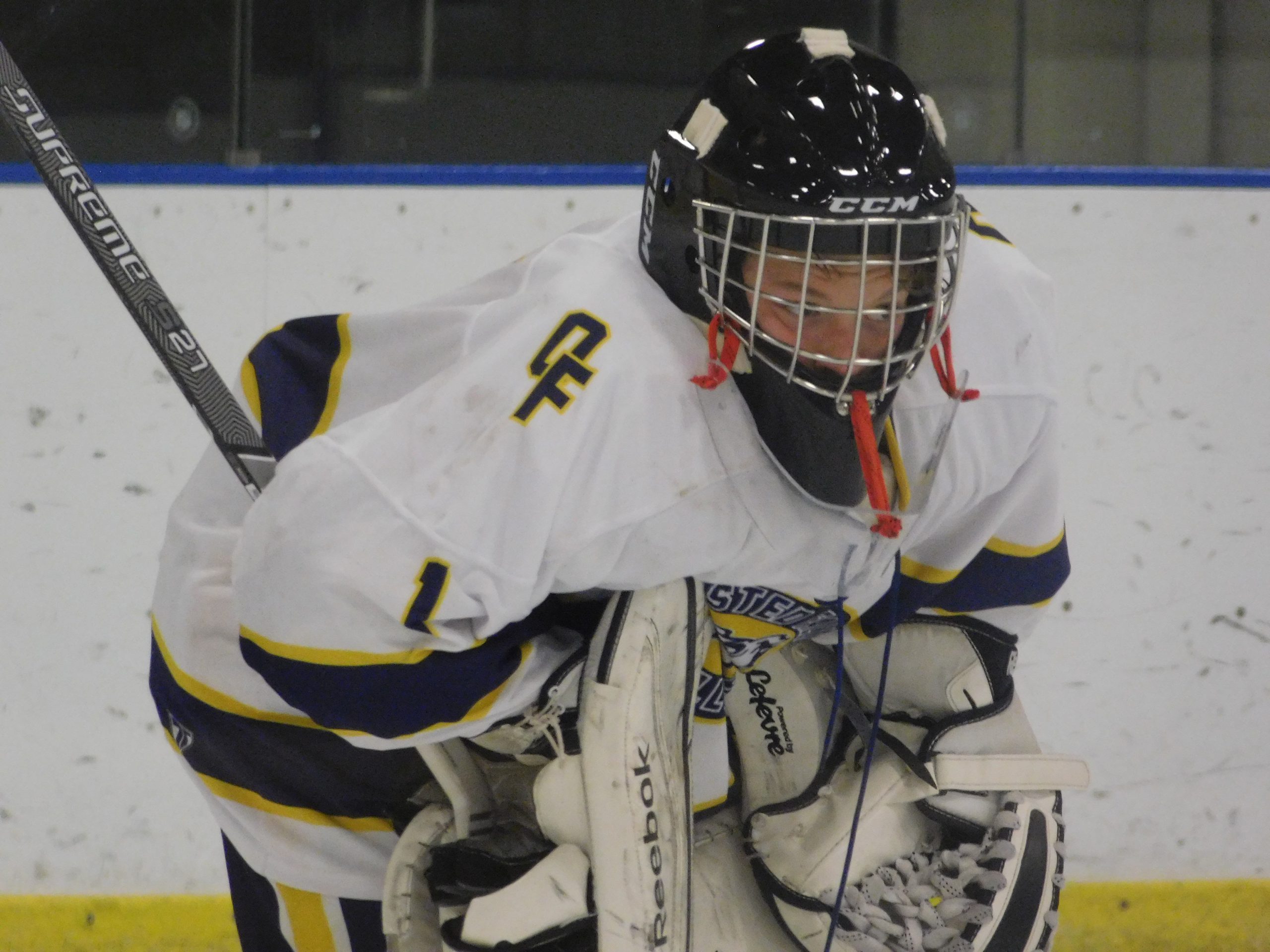 The victory puts the Bulldogs at 7-4-0 in GCHSHL play this season, and they will play Avon Lake in the first round of the Baron Cup on Monday at 8:30pm in Brooklyn as the number four seed.

Mike Kirth-Gruszczynski led the way for Olmsted Falls in the win, as he scored three goals for the hat trick. Brother Max scored two goals in the victory.

It was also a historical night for senior Bulldog Dom Conte, as he scored a goal but also assisted on the final goal of the night, tying the school record of 102 career assists.

The Olmsted Falls defense smothered the Tigers all night, as they allowed just five shots through the first two periods, building a 5-1 advantage.

They outshot the Tigers 18-1 in the first period as they took a quick 3-0 lead, and never looked back in getting the win.

For Chagrin Falls, they fall to 0-12-0 on the year in league play, and will skate at the Ice Zone at 5pm Saturday against Canfield.

Olmsted Falls will take on Midview Sunday at 4:15pm in Brooklyn as they look ahead to Monday’s Baron Cup game against Avon Lake.