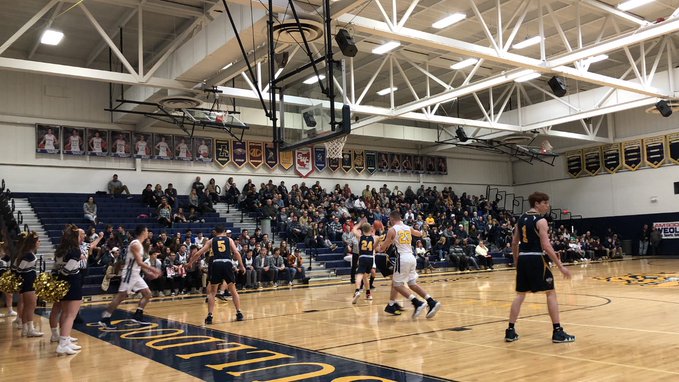 Hanna hit seven shots from the field and converted on nine free throws to lead all scores. Teammate Gavin Dietrich added 12 points for the Bulldogs.

Big games is nothing new for Hanna, who went off for 49 points against the Westlake Demons on January 25th. Three days before that he scored 30 in a game against the Avon Eagles.

Friday night was the 12th straight game of scoring at least 10 or more points for Hanna, who was held to just eight points against North Ridgeville back on December 18th in a 63-43 Bulldogs win.

With the victory, the Bulldogs push their 2018-19 mark to 15-2 overall, and they are 11-2 in Southwestern Conference play, best in the division.

Olmsted Falls led it 17-9 after one with a solid first quarter effort, and led at the half 33-20.

After the Rangers closed it to a nine-point Bulldogs lead after three, Olmsted Falls put the game away, outscoring the Rangers 22-12 in the fourth quarter for the decisive win.

The Bulldogs will be back on the court at Amherst on Tuesday evening. North Ridgeville will be at home Tuesday against Avon Lake.