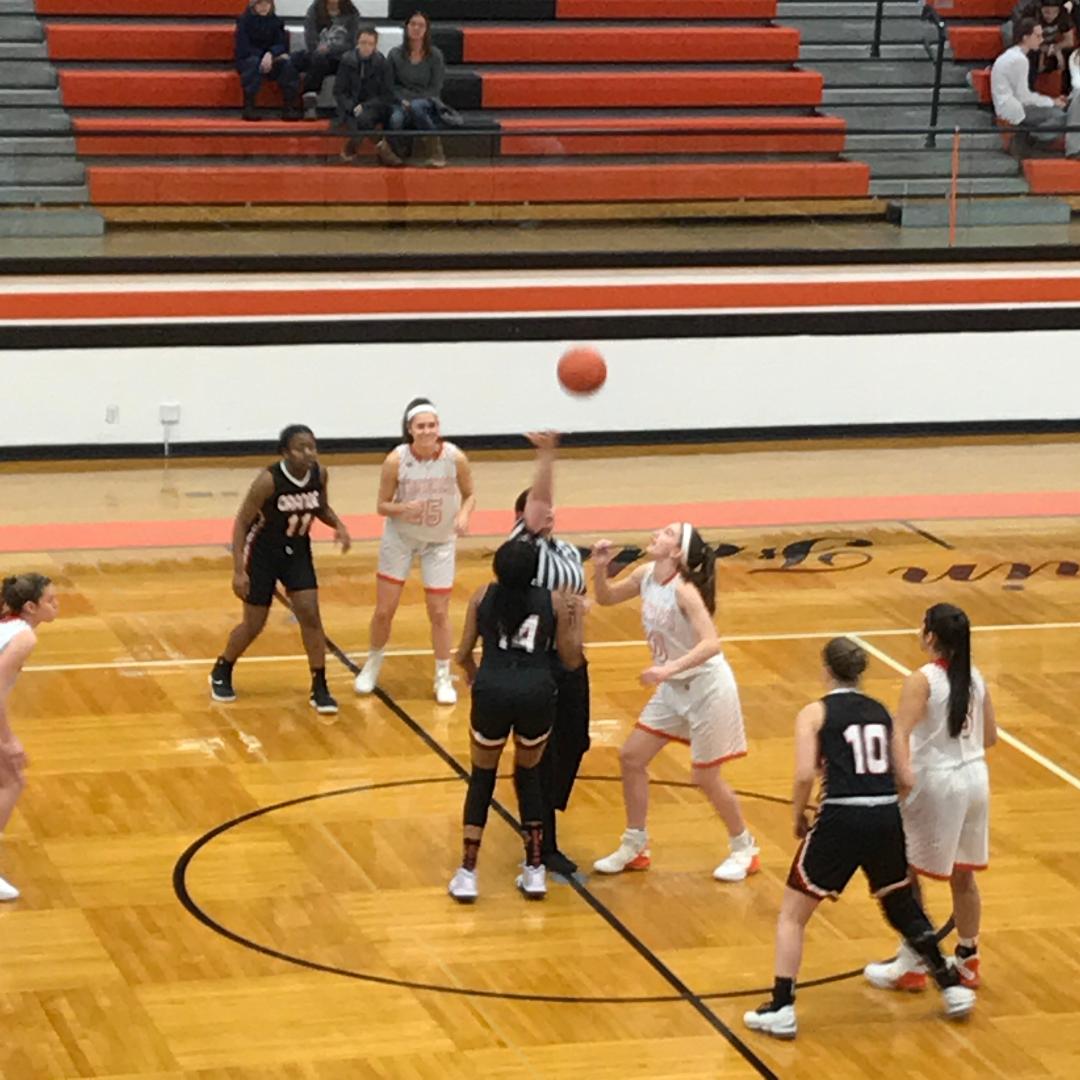 Orange now ends the season series against the Tigers with two wins in as many games, as the two squads squared off for the first time on December 5th in another Orange ladies win.

The final score doesn’t entirely reflect the game as a whole, as Chagrin kept it close until the fourth quarter. However, that score is a reflection of the dominance Orange showed in the final 8 minutes.

Chagrin had their three-game win streak snapped at the hands of a fiery Orange team.

The Tigers had “Heart” printed on their warmup shirts, but it was the Lions who had much more heart in this matchup. Meanwhile, Orange wins their 10th game on the season and improves to 7-1 in CVC play.

The Lions were led by Senior Madison Ledyard with 19 points on the day. Kayden Lawson also matched the number on the back of her jersey by adding in another 14, and Casey Smith went for 10.

The Tigers put a great deal of effort towards fighting for offensive rebounds, which led to second-chance opportunities and open shots.

However, Chagrin couldn’t make the most of their rebounds and had a tough time getting their shots to fall.

It was almost as if the teams switched jerseys for the second quarter, as Chagrin put Orange into uncomfortable shooting positions and Orange let poor passing and bad shot attempts dictate the second 8 minutes in the game.

Despite poorer play, Orange maintained their lead and went into the locker room at halftime up 22-17.

Chagrin came out of the half with a new-found passion and got the deficit down to just 1 point around the halfway mark of the third quarter.

At that point, both teams were playing with the intensity of the winter storm brewing around Northeast Ohio.

The Tigers tried, but with little success, to get more players involved offensively, hoping to get more girls to find the hoop. However, Chagrin ended the game with their 30 points spread across just 4 players.

Junior Bella Dalessandro led the team with 12 points, Carolyn Bencko and Lily Karyo each had 8 points, and Julia Santamaria added an extra 2 points.

Their 10-17 line at the charity stripe is what kept this game close as long as it was.

Orange was able to take back hold of the game after a mid-third quarter run by the Tigers and went into the 4th quarter up 31-26.

The Lions took off in the 4th quarter after spending their first offensive possession running the clock down and playing a small game of keepaway.

As a result, Chagrin saw the need to have quick possessions and to score lots of points very quickly, but to no avail.

Orange pulled way ahead and shut the door on any opportunity for a Tiger comeback.

Chagrin Falls, now at 12-4 and 5-3 in the Chagrin Valley Conference, moves on to play Harvey at home on the 23rd.

The Lions, who continue to stay ahead of Chagrin in the standings, will look to make it 3 straight wins next Wednesday at home against Geneva.