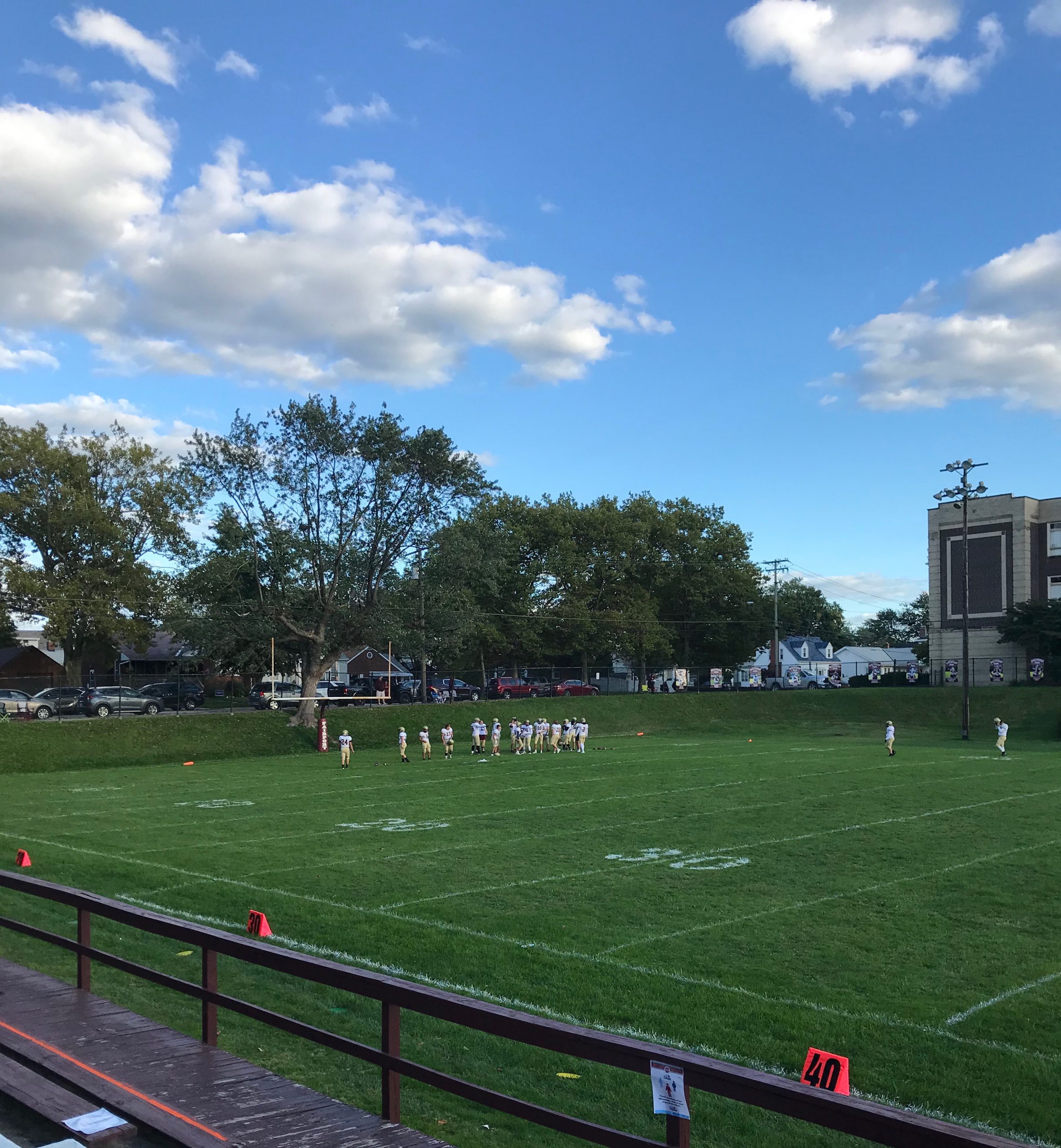 FAIRPORT HARBOR, OHIO – The inability to punt the ball put Fairport in an early hole, and Pymatuning Valley took full advantage, rolling to a 42-7 victory over the host Skippers on Friday night. Both teams came in with 3-0 records, but the Lakers are now alone atop the Northeastern Athletic Conference after the win.

Senior Jonah Wilkerson put Pymatuning Valley on the board first with a 5-yard touchdown run. The Lakers capitalized on a short punt and covered 40 yards in eight plays to take a 6-0 lead.

The Skippers were unable to move the ball and dropped into punt formation again. This time, the snap was mishandled and Pymatuning Valley took over on the Fairport 42 just before the end of the first quarter.

Fairport’s defense held, and the Skippers took over on downs at their own 9 yard line. On third down, a sack and fumble recovery by Pymatuning Valley senior Victor Verba gave the Lakers the ball at the Fairport 3. Senior quarterback Tyler Bean ran it in for a score on the first play, and Wilkerson rushed for the 2-point conversion to increase the lead to 14-0.

Following the kickoff, Fairport’s offense stalled again and the Skippers lined up to punt. The snap sailed high over the head of the punter and Pymatuning Valley again had great field position, taking possession at the Fairport 20 yard line. Four plays later, Wilkerson found the end zone from one yard out and the Lakers’ lead was 20-0 with 2:49 remaining in the first half.

The Skippers got on the scoreboard when sophomore quarterback Will Fazekas connected with junior wideout Tai Malone for a 25-yard touchdown with only 14 seconds remaining until halftime.

In the second half, Fairport had a shot to get back in the game when Fazekas found junior receiver Sam Honkala alone in the middle of the field and Honkala raced 54 yards to the Pymatuning Valley 36. But the drive stalled and the Lakers took over on downs with 4:05 to play in the third quarter.

Pymatuning Valley then put the game away with an 8-play drive that used up the rest of the quarter. Senior runng back Dillion Knowles scored on a 7-yard dash, then followed up with a 2-point conversion run to put the Lakers up 28-7.

The Skippers were unable to do anything on offense in the final quarter. The Lakers wore them down, adding two additional touchdowns. The final 6:38 was played with a running clock.