HS Football Preview: Young Wildcats of Keystone Looking to Build on 4-6 Season From a Year Ago 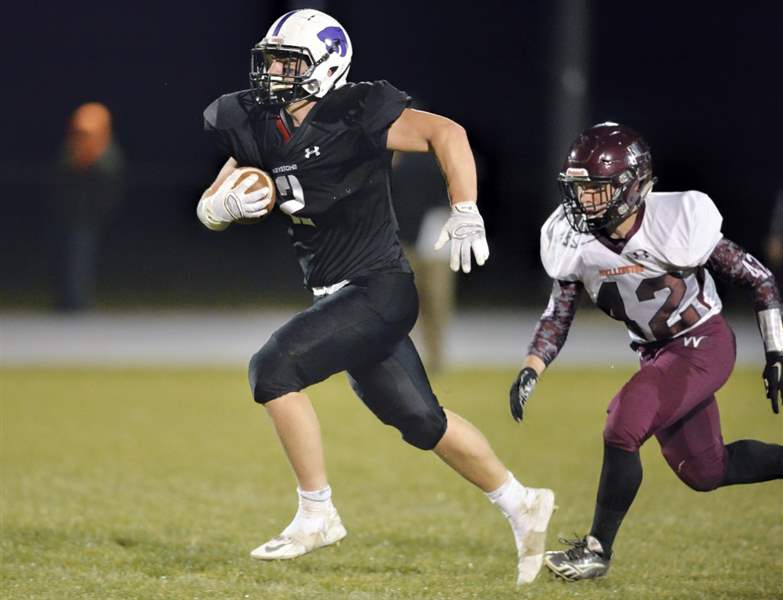 Last season the Keystone Wildcats went 4-6, finishing the season fourth in the Stars Division of the Patriot Athletic Conference.

Head coach Don Griswold had a young team in 2017, and is hoping that with a number of core players back there’s bigger and better on the horizon for the Wildcats this upcoming season.

“I didn’t realize how young we were,” Griswold said at the WEOL Coaches Show in Amherst last week.

“We have four returning starters, I like this team, they get along, they are a pleasure to be around, we’re just trying to build some momentum.”

One key in 2018 will be the return of quarterback Jacob Shackelford, who comes back as the veteran leader of an offense that averaged 22 points a game last season.

“He loves the weight room, he’s going to be a 2-way starter for us as well at safety,” Griswold said of his quarterback.

Wide outs Corey Hartle and Karson Cendrosky will be a help when it comes to stretching the field for Shackelford.

“I look forward to our offense, we’re going to be pretty good, I think we can run the ball in space,” Griswold said.

Speaking of running, Dylan Naylor, who piled up 325 yards last season, will be back for the Wildcats this season helping the offense as well.

On defense, the Wildcats will return linemen Jarod Febel, linebacker Dalton Weber and Nayor, who will also line up at safety.

“We’re only returning three players on defense, I just want to see us gain confidence, trust one another, we just lack players and depth but we’re hoping to add some players,” Griswold said.

Last season Keystone opened the season with a 10-0 loss to Bay, the same opponent they will battle a week from tonight, but this time it will be at home, and it would be a big boost for the Wildcats to get off to a quick start and an opening night win.

“It’s a hard process, we were in a lot of games, we’d be down in the fourth quarter seven points and then lost by 28, we’ve got to work on the maturity, see how they respond, we spend a lot of time with that,” Griswold said.

Playing better in the PAC as well as staying in games late will be two things that Grisdwold and Keystone will key on for 2018, and if they do that, they might be able to sneak up on some teams and be in the mix in the Stars Division, a division that last season was won by Buckeye who Keystone will take on at Buckeye on October 19th.

“We have some young kids, its’ exciting, we have an interesting team, we have some explosiveness, we don’t have a lot of depth, but we hope we can surprise some people,” Grisdwold said.