HS Football Playoffs: Lake Catholic Secures A Spot In The State Championship With A 17-10 Win Over Bloom-Carroll 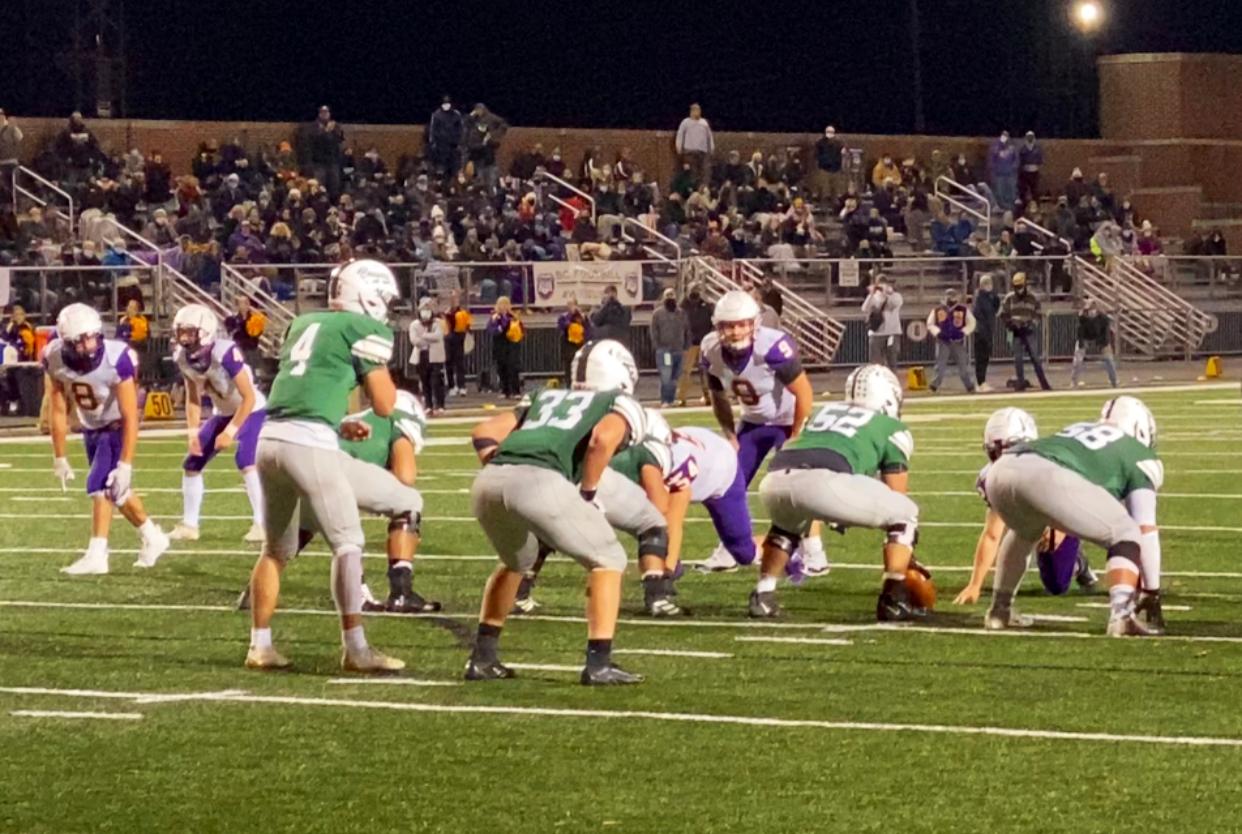 NEW PHILADELPHIA, OHIO — For the first time since 2001, Lake Catholic is heading to the state championship.

The Cougars defense held undefeated Bloom-Carroll scoreless in the second half, aided by a late goal line stand to secure a 17-10 victory.

It was an impressive opening drive for Bloom-Carroll, as they used over half of the first quarter clock.

The drive ended with a 1-yard touchdown run by Hobie Scarberry to give the Bulldogs a 7-0 lead.

That remained the score until the 9:28 mark of the second quarter, when quarterback Joe Malchesky broke free for a 48-yard touchdown carry.

A 23-yard field goal by Chase Alwood put Bloom-Carroll ahead 10-7 at halftime.

The Bulldogs also had 201 yards of offense compared to 78 by Lake Catholic.

The score was 10-10 heading into the fourth quarter, as Lake Catholic’s defense really began to flex their muscles.

On the first play of the quarter, Ryan Joy trucked his way into the end zone for what would end up being the game winning touchdown.

Ryan Joy absorbs a hard hit at the goal line and gets in for a touchdown!

Bloom-Carroll was able to get deep into Lake Catholic territory on the ensuing drive, but this Cougar defense had one more stand in them.

With fourth down and less than a yard to go, Simon Taraska and a handful of other tacklers stopped Scarberry for no gain.

Lake Catholic gets the stop! They lock down on defense inside the 5 to regain possession.

Malchesky, who rushed for 144 yards in the game, picked up a pair of first downs on the ground to ice the game with a final score of 17-10.

The Cougars will represent NEO in the D-4 State Championship next Sunday in Columbus. pic.twitter.com/XH2fQHQXyz

All of the players for Lake Catholic weren’t alive when Lake Catholic won their last state championship in 2001. Now, they’ll have a chance to bring the hardware back to Mentor.

Obviously with the expanded playoffs for this season, the Cougars are the first 12th seed to ever make it to the state championship game.

They’ll look to ride that momentum to a state title when they face Van Wert (10-1) at 12 pm next Sunday at Fortress Obetz.