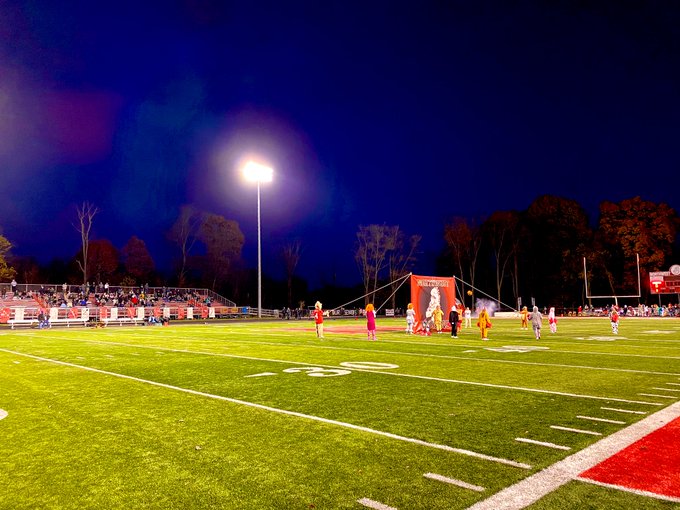 CANAL FULTON, OHIO — Typically with the offensive-heavy play style of modern football, seven points isn’t even close to being enough to win a game.

However seven points was enough for Lake Catholic on Saturday night, as their defense forced six turnovers en route to a 7-0 playoff victory over Northwest.

Lake Catholic wasted no time forcing turnovers on defense, as they recovered a fumble and grabbed an interception within the first six minutes of the game.

On 4th down, Lake Catholic throws an interception in the end zone.

The score remained 0-0 until the 3:26 mark of the second quarter.

That’s when a fourth down touchdown pass from Joe Malchesky to Brady Bowser gave Lake Catholic a 7-0 lead.

Little did they know that would end up being the game winning touchdown.

The closest Northwest would get to scoring the rest of the game came after a deep completion to Nick Dinkins put them at the Cougars 36.

WHAT A GRAB! Northwest is down to the Lake Catholic 36 after this catch by Nick Dinkins.

However just like they did all night, Lake Catholic got the stop.

Northwest also had a stellar defensive game, forcing a punt down the stretch to give their offense one more chance.

Unfortunately for the Indians, they couldn’t take advantage, as Lake Catholic broke up a deep fourth down pass to secure a 7-0 victory.

Lake Catholic seals a shutout victory after this 4th down stop!

The Cougars will advance to face #6 Ursuline next Saturday in Youngstown. pic.twitter.com/jr4ffMUata

Top seed Northwest finishes their season at a respectable 8-1.

12th-seeded Lake Catholic continues their impressive run and improves to 7-2. The Cougars will advance to the regional final next Saturday against 6th-seeded Ursuline.