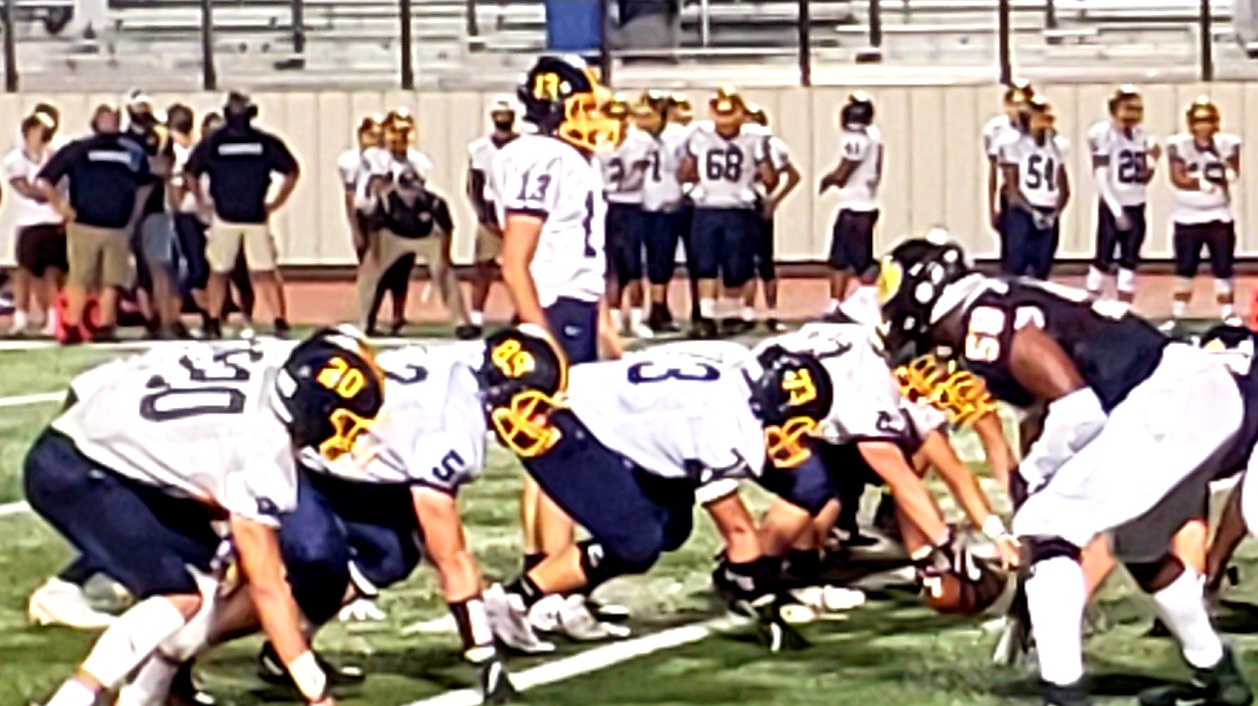 SOLON, OHIO – The Kirtland Hornets picked up their 35th consecutive victory on Friday night in Solon with a convincing victory over the Comets.

Kirtland opened the scoring on a 22-yard touchdown toss from Quarterback Liam Powers to Wideout Gage Sullivan. Sullivan made a nice contested grab on the back-shoulder toss and Kirtland led 7-0 with 6:43 to go in the first quarter.

Solon added a Pat McQuaide touchdown pass from 13 yards out to Joel Kpassou. After the extra point by Kicker Justin Covey the score was tied 7-7.

The second quarter belonged to Powers. Kirtland’s signal caller dialed up his own number on touchdown runs of 13 and 12 yards in the quarter to give the Hornets the 21-7 lead at the break. The 12-yard score was set up by a 45-yard keeper by Powers.

Solon was in the midst of a good drive at the end of the second half, moving the ball to the Kirtland 25, only to be thwarted by an interception by Kirtland’s Anthony DeMarco on a ball that was batted into the air at the line of scrimmage.

Kirtland took a knee, happy to take the two-touchdown lead into the locker room at halftime.

The second half was more of the same for Kirtland, defensively as the Comets couldn’t quite find anything sustained on the ground or through the air. Kirtland would add two field goals by kicker Mario Rodin to cruise to the comfortable win.

Kirtland outgained Solon 358-202 for the game with 269 of those yards coming via the rushing attack. The Hornets turned the ball over just once on a fumble lost with just 2:55 left in the game while already leading by the final margin of 27-7.

Powers was 8-10 for 89 yards through the air for two scores for the Hornets with both touchdowns coming on passes to Sullivan. Powers also led the way on the ground for Kirtland with 121 yards and 1 score on 9 carries.

Khalil Eichelberger led Solon on the ground with 21 carries for 82 yards. He also caught 5 passes for 43 yards. McQuaide finished 12-25 for 104 yards through the air. He threw the one touchdown pass to Kpassou and was intercepted three times in the game.

Solon falls to 0-2 on the season. They will travel to Medina for a conference game next week.

Kirtland is now 5-0 and will take on Hawken next Friday. Kickoff is scheduled for 7:00 pm for both contests.