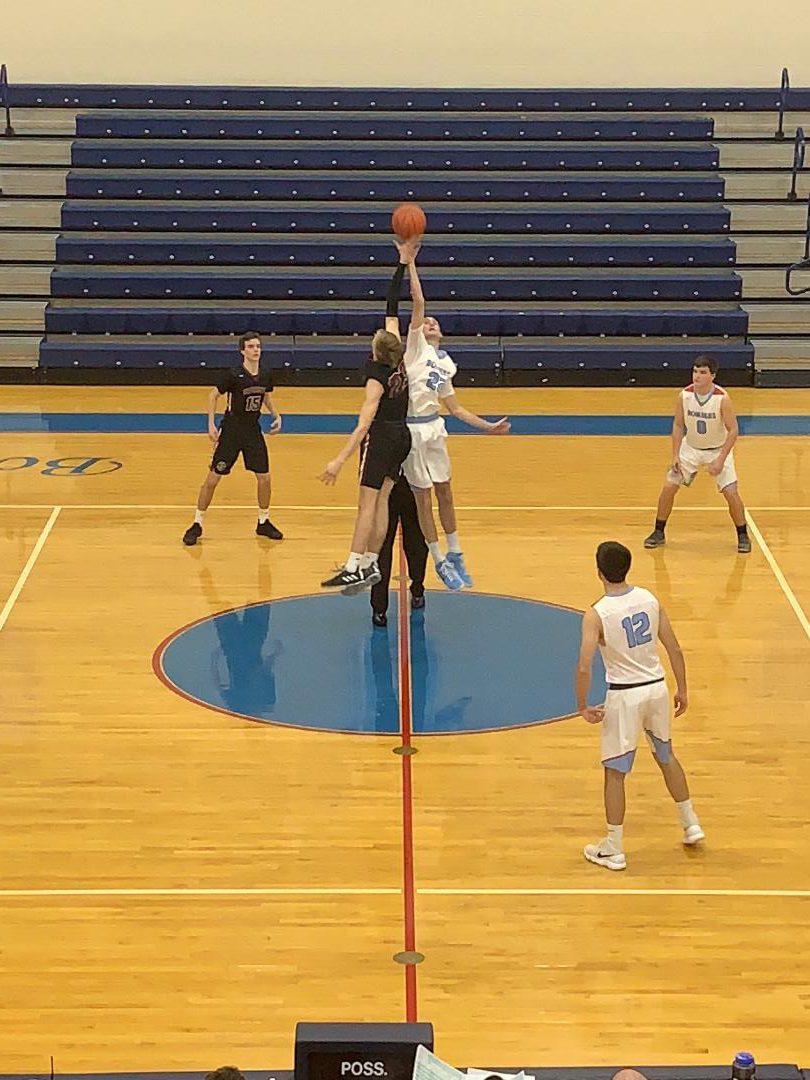 CHAGRIN FALLS, OHIO – The Kenston Bombers took down the University School Preppers Tuesday at home 54-44 in a game powered by the team’s defenses.

Kenston now moves to 6-4 overall while picking up their third win at home thus far. Meanwhile, University Schools falls to 7-5 and finishes tonight with their fourth non-conference loss of their season.

Freshman guard Andy Kooser led the Bombers with 13 points and hustle points that helped keep the team ahead of the Preppers through the course of the game, including many steals, assists, and a block.

Junior guard Javion Middleton also pitched in 12 points from the bench, 10 of which came from his 100% accuracy at the free throw line.

U.S. was unable to get any help from their two senior captains, Jack Voudouris and TJ Kelly, as they only chipped in a combined 11 points.

The top scorer was sophomore Cam Smith who went for 14 points in his time off the bench.

Bomber big man Ryan Long picked up a tantalizing block early and went for seven points, but used the entirety of his 6’7” frame to pull down the most blocks for the team for the second straight game.

Kenston was not ready out of the gate, and was overwhelmed by the aggressive approach that the Preppers used on the defensive side of the ball.

As the second quarter started, the energy in the gymnasium picked up as the Kenston student section filled out. This energy was transferred to the team who pulled ahead and ended the first half up 22-21.

The Bombers continued to roar offensively during the third quarter and, despite a late run by the US boys, entered the final 8 minutes of play up 39-30.

From then on it was all Kenston as they finally began to click on all cylinders. The offense was successfully moving the ball around, the defense was pressuring the Preppers into committing costly turnovers, and they stayed accurate at the free throw line.

Kenston now takes their two consecutive wins into conference foe Brush on Friday. University Schools moves on to their game against Bowling Green on Friday as they will attempt to stave off three straight losses.