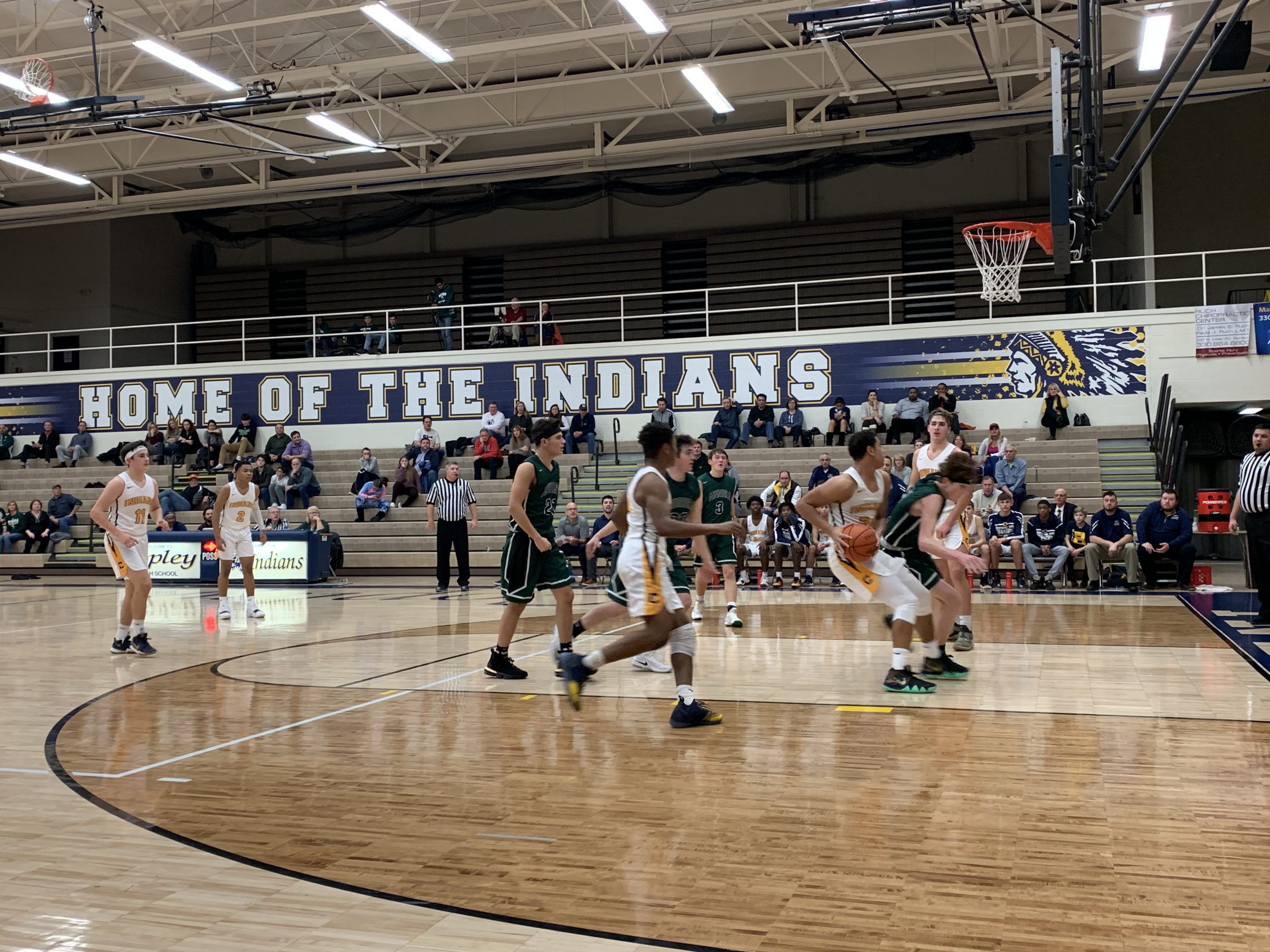 The Copley Indians moved to 8-2 overall, 4-1 in Suburban League conference play Tuesday evening with a home win over the Aurora Greenmen 85-73.

Copley led the game 25-17 after one quarter and never trailed, leading 46-36 at the halftime break.

The Indians were led by three players, all in double digits. DJ Jones led the way with 35 points, AJ Campbell scored 22 and Samuel Emich popped in 20.

Aurora falls to 7-5 overall, 3-3 in Suburban League play with the setback. Gabriel Elsawy had 23 for the Greemen in defeat, hitting seven three’s.

Cooper Bizjak had 18 points for Aurora.

The Indians, ,winners of four in a row, will be back in action on Friday as they play at Kent Roosevelt High School.

Aurora will play on Saturday evening at home against Gilmour Academy.