Home Struggles Continue for Charge in 106-99 Loss to Greensboro 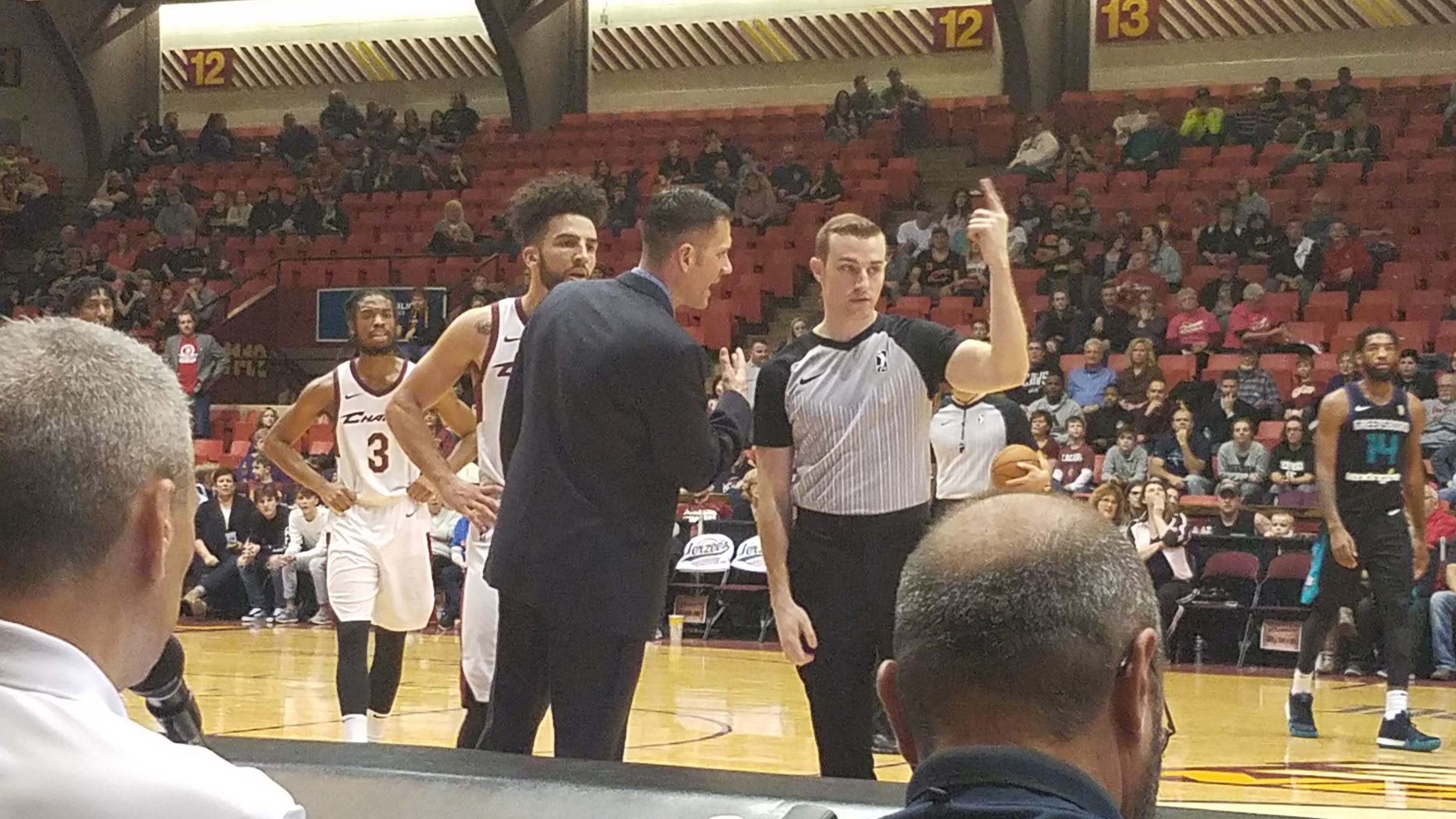 CANTON, OHIO – The Canton Charge came into Saturday nights game feeling pretty good about themselves after the dramatic victory from Friday night, unfortunately for the Charge fans in attendance the magic from Friday never came. The Greensboro Swarm made the best their lone trip to Canton as they defeated the Charge 106-99.

The Charge fall to (12-19) following the loss and the struggles in front of the home fans continued as Canton has won just four of their thirteen home games this season. Meanwhile the Swarm were able to enter the double digits in the win column as they improved to (10-21) through the first 31 games of the season.

This game felt eerily similar to last night as Canton seemed just a few steps behind where they wanted to be. Canton finished with 19 turnovers on the evening,as if turning the ball over 19 times wasn’t bad enough, the Charge surrendered 22 points off those turnovers. To pile things on the Charge were out shot at the free-throw by 11 attempts, while Canton shot 75% from the line, those extra attempts led to 11 points for the Swarm.

When asked about the discrepancy at the line Charge Coach Nate Reinking wisley said “I’m not sure what the G League fins are, so I’m gonna say no comment.” Those statistics alone show how much the Charge shot themselves in the foot.

On a night where the Charge had one of their best crowds of the season, they seemed to struggle to find the right energy all night. Tonight they had a bad team come into town for the second night of a back to back and fumbled away an opportunity away.

Canton has played better as of late, winning three out of their last six ball games, and in those losses they have lost by less an average of six points a game.

The team continues to play with heart despite the struggles. Marcus Thornton knows things are tough right now, “ Man we’re still together. Obviously it’s tough dealing with this as many times as we have. But we’re sticking together and we know what we have to do.”

Last night seemed like this team figured out what worked and ran with in the fourth quarter, tonight was a step back.

Entering the fourth quarter Canton was trailing by 14 points, yet it still felt like they were trying to force a puzzle piece into the wrong puzzle. Early on in games the Charge look to feed the post, as most of their early looks come inside the key. As the game moves on often times the looks go away from the post and shift to looks for the guards.

While both units experience their periods of success, neither ever really thrives without the other, there seems to be an obvious disconnect.

Coach Reinking sees the same thing “let me know when you figure that out because I guess I don’t have it goin.” While sharing touches is something that can be sorted out by playing together, Canton seemed to lose its flow late in the game despite getting eight out of nine stops to start the fourth quarter.

Thornton was aware of the offensive struggles, “It’s tough. Especially because as you said, usually stops lead to buckets.” The Swarm didn’t score until the seven minute mark in the fourth quarter and Canton was unable to really take advantage, this was probably the most crucial stretch of the game.

Last nights hero was essentially a non factor for three quarters in this game, as John Holland looked uncomfortable out there Saturday night. Holland finished the game with 13 points, but exited the game briefly after falling on his shoulder. He would later re-enter the game with tape on his shoulder, Holland of course missed a few weeks with a shoulder injury.

While Holland struggled, Marcus Thornton had himself one of those nights that seems to becoming the norm. Thornton connected on 60% of his shorts from distance, for a cool 28 points.

Thornton was entered into the starting lineup Saturday and he made the most of it. When asked how the starting line-up affected his play Thornton gave a classic shooters answer, “ like I always tell you guys, shoot to get hot and shoot to stay hot.” He was able to carry the Canton offense most of the evening, and his teammates know he’s capable of being that type of player.

Canton has one more game remaining on this three game homestand when the Fort Wayne Mad Ants come to town on Tuesday night. The Mad Ants defeated the Charge 91-78 earlier in the season.

Following Tuesday’s game Canton hits the road for five straight, starting with a game against the Westchester Knicks, February,
3rd.

Westchester has defeated Canton in both of the previous meetings this season, including a seven point victory last Tuesday.