Hiram Falls to the Yeomen of Oberlin 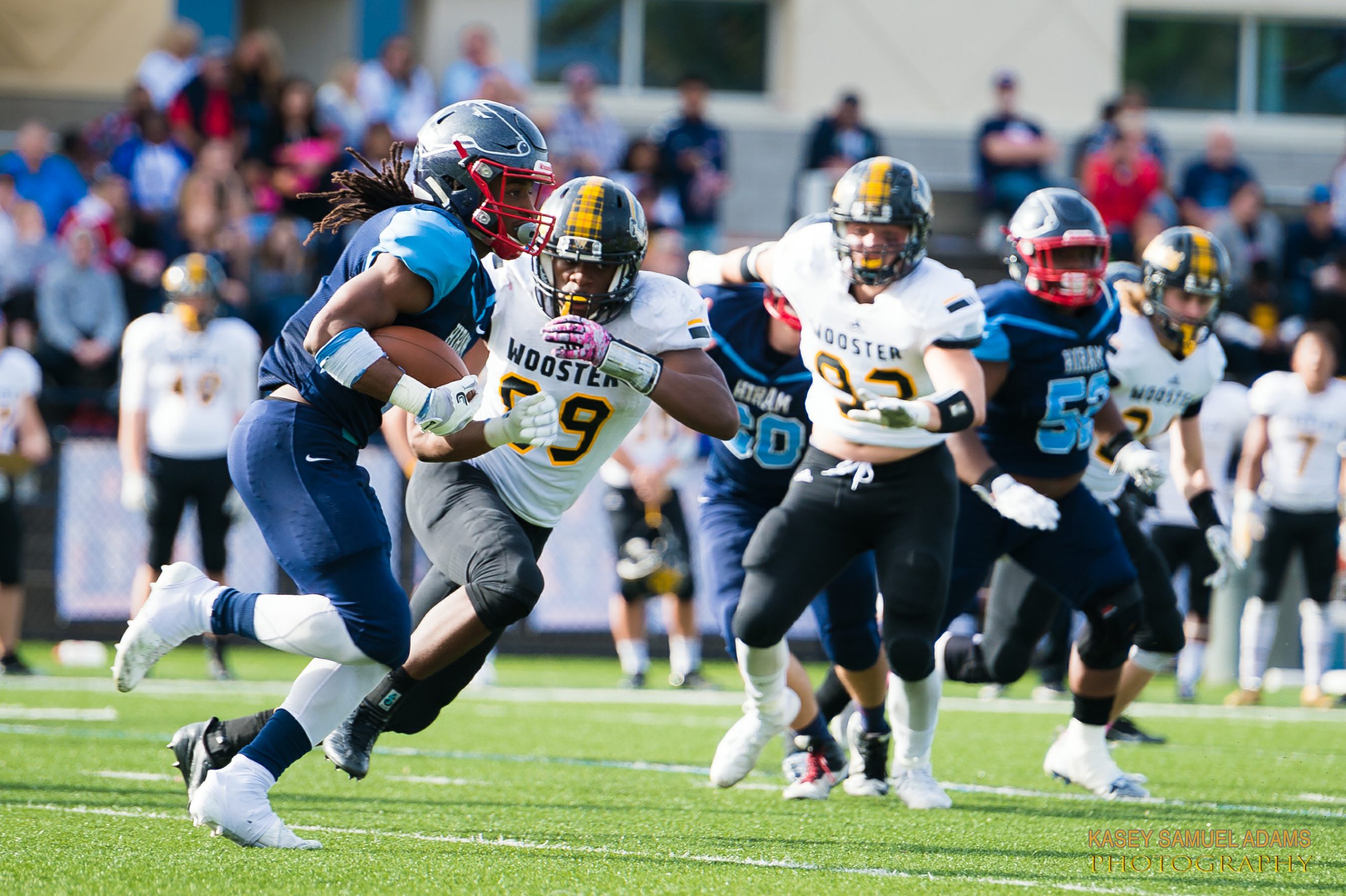 Oberlin, OH – Hiram’s struggles continue as they fall to the Yeomen of Oberlin, 27-14 at Dick Bailey Field.

Hiram would open the game up with an interception by Oberlin’s Drew Nolan for a 13 yard return. Oberlin would continue their first opening drive with a 40-yard field goal by Michael Leshchyshyn, they would take the first lead of 3-0.

Hiram would come back to score in their second drive on the day with a 21 yard touchdown from Randy Tucker to DJ Maner, Tucker would finish the day with 24 completions for 223 yards and two touchdowns. The score would end up in Hiram’s favor at 7-3 with 8:27 remaining in the first quarter.

Oberlin would come back to score from a 31-yard touchdown run from Zach Taylor. Taylor would finish the day with 134 yards and a touchdown. Taylor’s score would give Oberlin the lead 10-7 with 5:37 remaining in the first quarter.

The second quarter would remain scoreless until a 21-yard field goal from Oberlin with five seconds left to give the Yeomen a six point lead over the Terriers, 13-7.

Oberlin would hold the only scores in the third quarter, highlighting two touchdown runs from quarterback Melvin Briggs, each run was less than five yards, giving the Yeomen a commanding 27-7 lead at the end of the third quarter.

The Terriers would score the final points in the campaign from a four yard run from Randy Tucker. The final score would stand at a 27-14 win for Oberlin.

Oberlin would improve to 3-6 overall, and 2-6 in the North Coast Athletic Conference. The Terriers would fall to the 2-7 overall, and 1-7 in NCAC action.