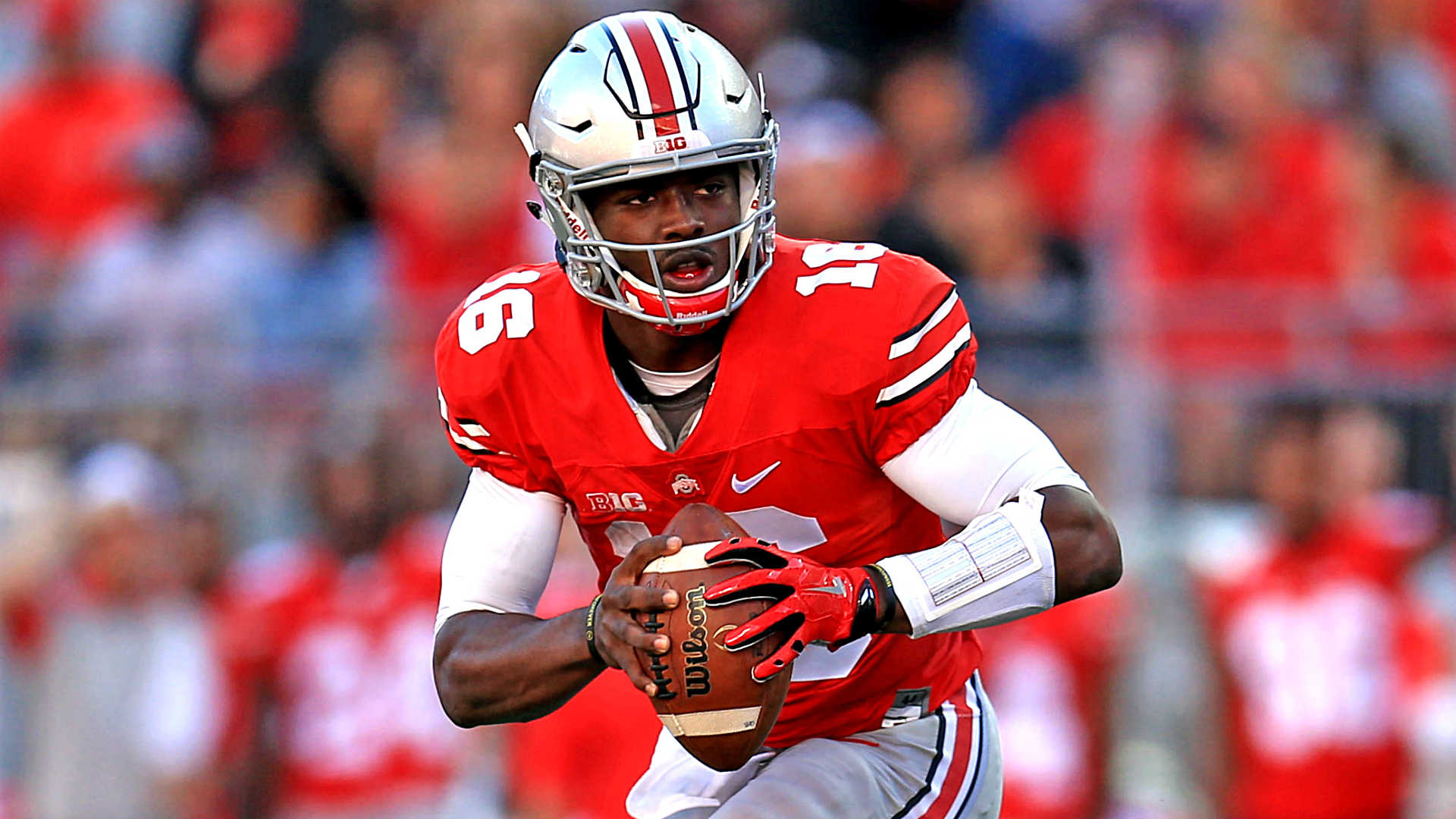 The Buckeyes came into Iowa’s house as 17-point favorites. By halftime, it became clear that even scoring that many points would be a challenge for the top team in the Big Ten. At the same time, the Hawkeyes seemed to have little resistance to their offense, one ranked far worse than Ohio State. In the end, Iowa simply outperformed the Buckeyes in every facet en route to their 55-24 beatdown of the silver bullets.

Saturday afternoon’s matchup kicked off eerily similar to last week’s Buckeye comeback against Penn State. But instead of Barkley taking the opening kick to the house, Ohio State quarterback JT Barrett lined his pass right to Amani Hooker, who had a straight shot to the end zone and a pick six, on the Buckeye’s very first play from scrimmage.

This time Ohio State managed to answer quickly, as Barrett completed a series of longer throws including a 29-yard hookup with Terry McLaurin to tie up the score at seven apiece.

After the two teams traded field goals, Iowa got their first offensive score, thanks to TJ Hockenson’s 10-yard reception in the second quarter from quarterback Nathan Stanley, reclaiming the lead at 17-10.

But, the Buckeyes answered right back. Johnnie Dixon gained several steps on his defender and was hit in stride by Barrett on the playaction for the 44-yard strike, evening the score once more, this time at 17-17.

This would mark the final time the two teams’ tallies would match, as it was all Iowa from this point forward.

Iowa would be forced to punt on their ensuing drive, their lone punt in the first half.

Then, in their final two possessions of the quarter, Stanley would connect with Noah Fant for scores of 25 yards and three yards respectively to go up 31-17. A Barrett interception, his second of the game, set the Hawkeyes up nicely for that final first half score.

In their first two drives of the third quarter, Ohio State totaled 13 yards of offense, trading punts with Iowa, who at least managed first downs before having to give the ball up.

Then, Hockenson would again haul in a Stanley strike for another score, followed by a completion to Drake Kulick to cap off the next drive and pile the points on the Bucks, leading now 45-17.

Barrett was picked off again twice more in his next two drives, leading to a Hawkeye field goal and then a turnover on downs.

This set up Ohio State on Iowa’s 22, where Barrett again connected with Dixon for the touchdown, but it was too little too late as only 4:37 remained in regulation.

Hawkeye tailback Toren Young took the majority of the remaining time off the clock entirely on his own after that, finishing off a five-play drive, accredited with each five carries, including the final one, a six-yard score, to raise the deficit to what would be the eventual final score of 55-24.

It was an unusual experience for the Scarlet and Gray, who had shown the capability to bounce back from adversity just one week prior.

This time, however, on Hawkeye turf, the battle proved too much and the beat down left the squad with endless questions.

The Buckeyes seem to be all but eliminated from playoff contention after this demoralizing effort, but with a Penn State loss as well on Saturday, perhaps a Big Ten title is not out of the realm of possibility.

Michigan State is next for Ohio State, and there’s certainly no doubt that the Buckeyes will look to take out their frustrations on a confident Spartan squad that took down the Nittany Lions Saturday.