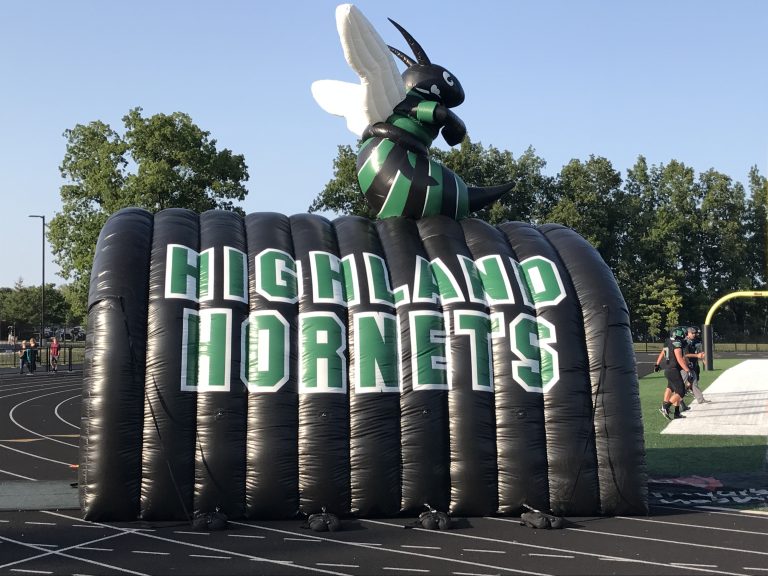 On the Hornets first drive, they overcame two fourth down conversions, a necessity for a team with only one field goal conversion all season. After a long drive that took up more than six minutes, their play-calling and execution were rewarded with a touchdown run.

Right away, it was clear Anthony Wayne came back with every intent on making the big play. Unfortunately, quarterback Max Denmon couldn’t connect with his receivers on those plays, leading to a three-and-out for the away team. The Hornets would come right back, scoring as Earnest hit tight end Ryan Frederick for a touchdown pass with 1:32 left in the second quarter.

For the remainder of the half, both the Hornets and the Generals would play tough defense with neither team giving up a score in the second quarter (although Rodgers scampered all the way to the 1-yard line before the run was called back after an illegal block in the back).

In the third quarter, the Generals would get on the board after a pass from Denmon to tight end Ralph Burdo pulled them within a score. That touchdown would give the Generals an energy boost, as their defense remained stout throughout the third quarter. Anthony Wayne would start the final period with a fourth-down conversion that preceded a 6-yard touchdown run from tailback Ezra Scott.

Unfortunately for the Generals, the Hornets’ best playmaker – Rodgers – was still going strong. He broke free for a 34-yard carry on his rush of the drive and was the workhorse Highland converted a both a 4th and 1 and 3rd and 1. A 20-yard touchdown from Earnest to wide receiver Evan Kasulones put the Hornets back up, 21-14.

There, the score would remain. The Generals got nothing going on the following drive and turned the ball over on downs. Though the Hornets would give the ball back up, the Generals would fumble on the punt return and Highland gained possession, essentially sealing the game.

Jake Rodgers, as previously mentioned, was the Highland Hornets best playmaker and the Player of the Game. He finished the playoff battle with 153 yards on 26 carries and 37 receiving yards on 5 catches.