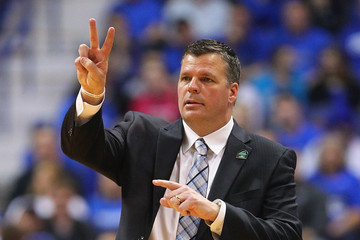 The search is on for the Ohio State University and their next head basketball coach.

Earlier today, reports surfaced that perhaps Chicago Bulls Head Coach Fred Hoiberg could be filling the Buckeyes’ vacancy. Well, someone affiliated with the Bulls might be taking the job, just not Hoiberg.

That would be Greg McDermott, Creighton Head Coach and son of Bulls Small Forward Doug McDermott. According to Jeff Goodman, McDermott met with Ohio State today in regards to the job opening.

McDermott is 313-215 and has had six 20+ win seasons in his seven campaigns at Creighton.

With less than 48 hours between the departure of Thad Matta and this tidbit of news, we shall see if McDermott will become the next head coach of the Buckeyes.

FLASHBACK: The 1999 WWF King of the Ring
Head Coach Greg McDermott Appears To Be Staying At Creighton After Latest Tweet