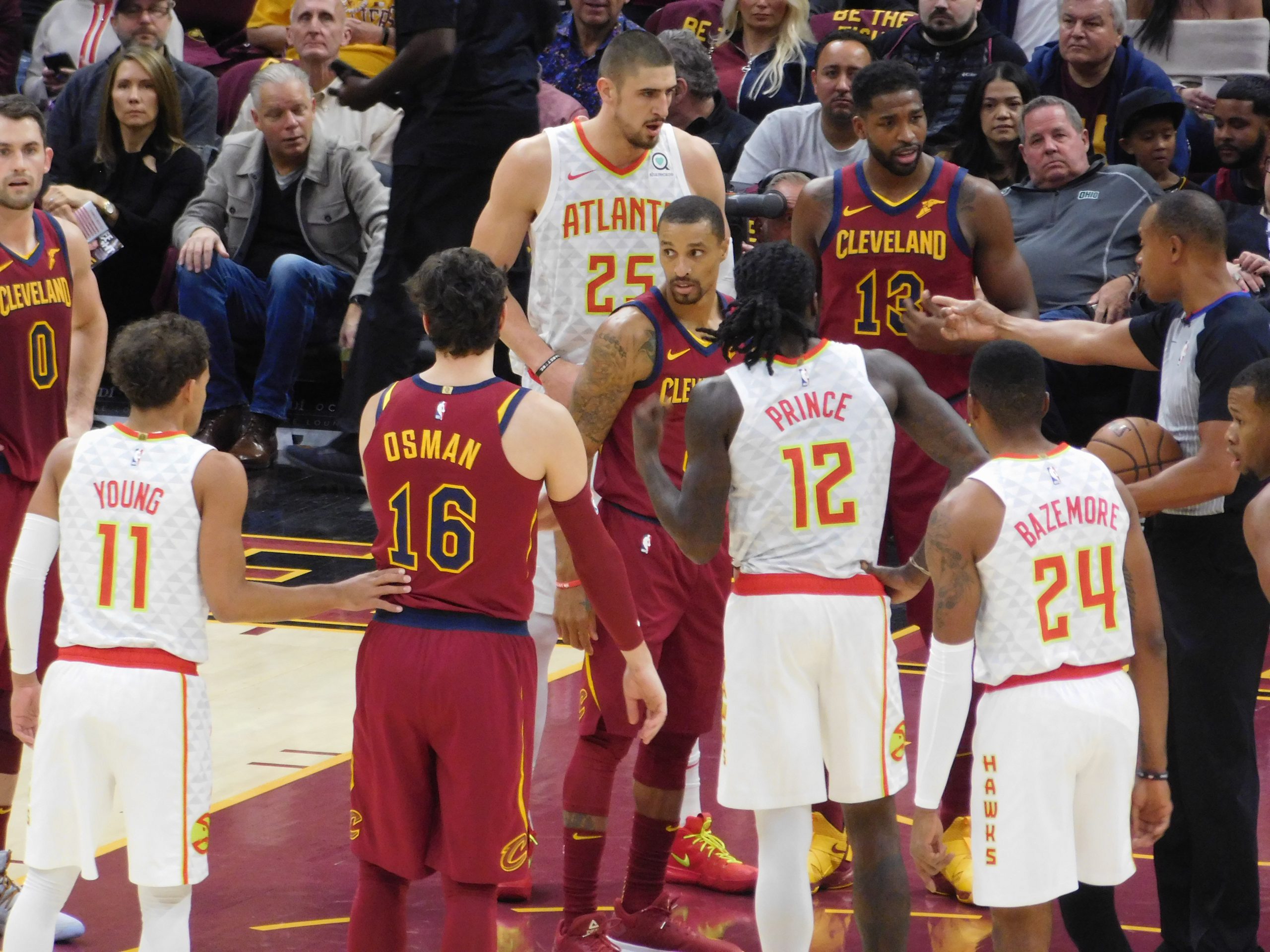 Most NBA analysts and fans probably didn’t see this coming.

What many thought impossible has become a reality. Don’t look now Cleveland basketball fans, but the Cavaliers are relevant again and have seemingly risen like the proverbial phoenix from the ashes. Head coach J.B. Bickerstaff’s squad may not be generating quite the buzz the Lebron James-led Cavs did, or even the excitement brought on by the Mark Price-Brad Daugherty-Larry Nance teams of the 1980s or that incredible 1976 roster from the “Miracle of Richfield” days, but the 2022 version is definitely heading in that direction.

In the blink of an eye and with all the acceleration of another successful and fundamentally sound fast break basket orchestrated by guard Darius Garland, the Cavaliers are an impressive 30-19 in the standings, and with their recent win over the Milwaukee Bucks, have surpassed the defending NBA champions in the Eastern Conference standings-wow!

And keep in mind, Cleveland is doing all this without rising backcourt star Collin Sexton and veteran Ricky Rubio, both out for the season, while 6-11 forward/center Lauri Markkanen is currently out dealing with an ankle injury. But this team demonstrates a focus that usually nets positive results in that they don’t worry about who they don’t have on the floor, they concentrate on who is lacing up the high-tops and utilizing their skills to blend in with the TEAM concept.

This writer has been focusing, himself, on this amazing turnaround by watching the Cavs against many opponents, including the recent and impressive win over the Bucks, 115-99. And to be honest, despite a tough start to the contest that saw Cleveland trail by nine points after the opening 12 minutes, the final point differential is a bit misleading because the game wasn’t really that close.

Bickerstaff’s team also seems to emphasize that all-important tangible the “old” Cavaliers did not possess-resiliency. Cleveland teams from as early as a few years ago looking at a significant deficit after the first quarter against the league’s champs would have more than likely folded like a cheap tent-not this squad.

Watching Milwaukee just scorching the nets from beyond the three-point arc to begin the contest, the Cavs stared adversity squarely in the face by tightening up the defense, which included keeping NBA Finals MVP and two-time league MVP Giannis Antetokounmpo in check.

Offensively, the Cavs are so much better than from past seasons. This team moves the ball and moves bodies constantly when running the half-court offense. Cleveland looks inside and then quickly gets the ball back out on the perimeter to take advantage of another open look at the basket. Gone is the “offense” where one guy would pound the basketball into the floor so many times causing the NBA logo to rub off, and the other four players standing around assuming the role of spectator.

When watching this Cavalier team run their offense, I am reminded of the Gregg Popovich teams, whose champion San Antonio Spurs passed the ball around the key so many times leading to all five players getting touches resulting in quick scores. As to the full court attack, the Cavs take advantage of their team speed to get out on the break. Strong inside play and rebounding, key to any fast break attack, is in good hands by way of a very athletic frontline led by Jarrett Allen, Markkanen, rookie sensation Evan Mobley and Dean Wade. Allen is a true find at center, and can just flat out play. His versatile skills make him a tough cover on defense.

What also works in the Cavs favor is seeing Kevin Love coming off the bench. The 14-year veteran has more than adjusted and adapted to this position providing instant offense, as well as fulfilling an important role as mentor to all the young players on this squad. Love leads by example and is respected by his teammates who understand all that they can learn from the former UCLA standout, who has a NBA championship and all-star appearances under his belt.

Cedi Osman has also discovered that accepting non-starter status can be a very good thing. Good? How about Osman and Love combining for over 50 points in that victory over Milwaukee-not many teams can boast or match that kind of productivity from players accumulating roughly 25-to-27 minutes of playing time.

Garland and Auburn product Isaac Okoro are solid at the guard positions with Okoro showing both outside and inside abilities at the offensive end of the court. Garland is basically a lead and off-guard combined. Tremendous range from the floor and a first step that leaves a lot of defenders grabbing their ankles, Garland is another rising star in this Cavalier showcase.

Mobley, the first round draft pick out of USC, appears to be the real deal. At 7-0, Mobley gets to the rim with authority, and can step out on the perimeter showing no hesitation in taking that jumper. Defensively, he is a definite game-changer, in terms of players looking to take the ball to the basket against his defensive efforts. But buyer beware in that with Mobley’s lengthy arm span, one might want to rethink the shot they take, and have a “Plan B” offensive mindset ready to go.

Another key element when franchises hope to turn things around, is bringing in new veterans, which can go a long way in paving that road to improvement. When Rubio went down, the team’s front office reacted quickly and picked up point guard Rajon Rondo, whose past experiences will only help Cleveland to move forward. Of course, there is always that “sleeper” factor where a guy very few have heard of contributes big minutes to compliment the whole process. Penn State forward Lamar Stevens is another addition to keep an eye on with his aggressiveness and toughness under the basket.

Let’s also salute the moves and patience demonstrated by Basketball Operations President Koby Altman, who has put all the pieces together on the floor. Additionally, Altman should be praised for not pulling the trigger on that ridiculously proposed trade for Philadelphia malcontent Ben Simmons. After asking the Cavs to send them Sexton, Markkanen, Okoro and TWO first round draft choices, Cleveland said no thanks to basically bargaining away almost the entire franchise. It was a simple decision-don’t fix something that is not broken.

But Bickerstaff is truly steering this ship, once thought to be the Titanic now resembling the Love Boat, with all the navigational skills of a seasoned captain. Of course, coaching is in Bickerstaff’s blood with his dad Bernie being a longtime NAB coach and current advisor to the Cavs. Bernie had coaching stints with the Seattle Supersonics, Denver Nuggets, Washington Bullets/Wizzards, Charlotte Bobcats and Los Angeles Lakers.

Yes, there is a lot of basketball yet to be played in 2022. But isn’t it a welcome change to actually be able to say that the Cleveland team taking the floor on the road and inside the Rocket Mortgage Fieldhouse is actually playing basketball? It is a site for sore eyes, and one everyone is happy to look upon with much pride.

A return to the glory days also may be in plain sight as this team continues to grow. Discount tickets, jersey night and bobble head giveaways are nice but winning is still the best promotion going. And in that regard, the Cleveland Cavaliers are giving that to their fans, and then some.