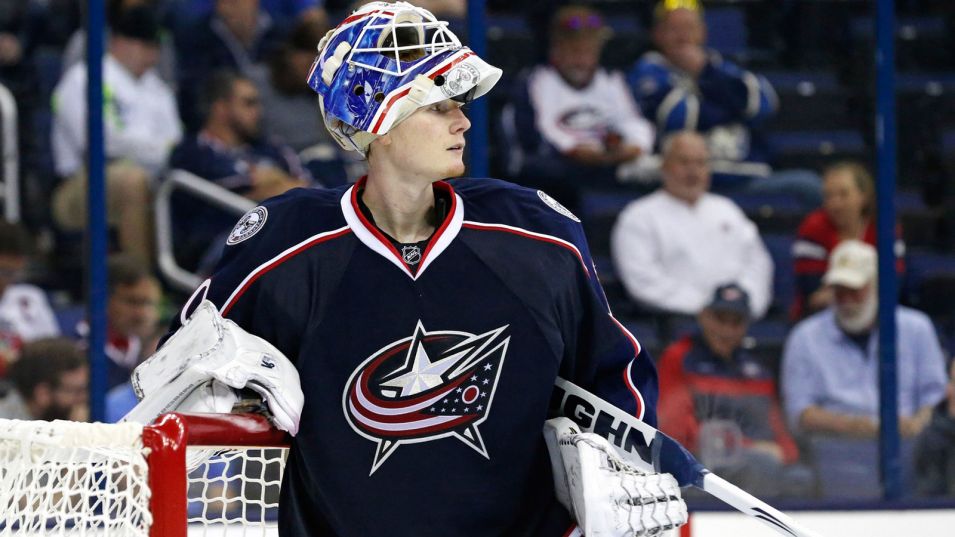 Goaltender Joonas Korpisalo began the 2015-2016 season with the Lake Erie Monsters, and made his NHL debut Monday night in Columbus against the Tampa Bay Lightning. He had an impressive performance, but did not get much help offensively, as the Blue Jackets fell 2-1.

The 21-year-old from Finland was fantastic in the AHL in 11 starts for the Monsters, with a 5-4-2 record including two shutouts and a save percentage of .928. Korpisalo was the Blue Jackets’ third round selection in the 2012 NHL Draft, taken 62nd overall.

Monday night, Korpisalo showed Blue Jackets fans the talent that Northeast Ohio hockey fans have become familiar with, as he held the Lightning scoreless after one period, but allowed his first goal 11:11 into the second frame, an unassisted goal from Jonathan Marchessault to make it 1-0.

The Blue Jackets would answer back at the 16:46 mark of the second period, as Brandon Dubinsky scored his fifth goal of the season to tie the game at one, assisted by Nick Foligno and Matt Calvert.

The Lightning would strike back 6:13 into the third period and regain the lead 2-1 on a short-handed goal by Brian Boyle, assisted by Alex Killorn.

The Blue Jackets appeared to score with just over two minutes remaining, but the puck was not completely over the red line, and it appeared that there was interference, as one of the members of the Lightning had his hand on the puck behind the red line, but the referees did not see it and there was no review.

The Blue Jackets pulled Korpisalo with just under two minutes to play, but could not score and lost 2-1.

Korpisalo finished with 27 saves on the night, and was under duress much of the night, making some beautiful saves, looking poised and under control for a young man playing in his first NHL game.

After the game, Korpisalo said, “I felt pretty comfortable and after the first period I got a good flow. I’m going to remember this for the rest of my life.”