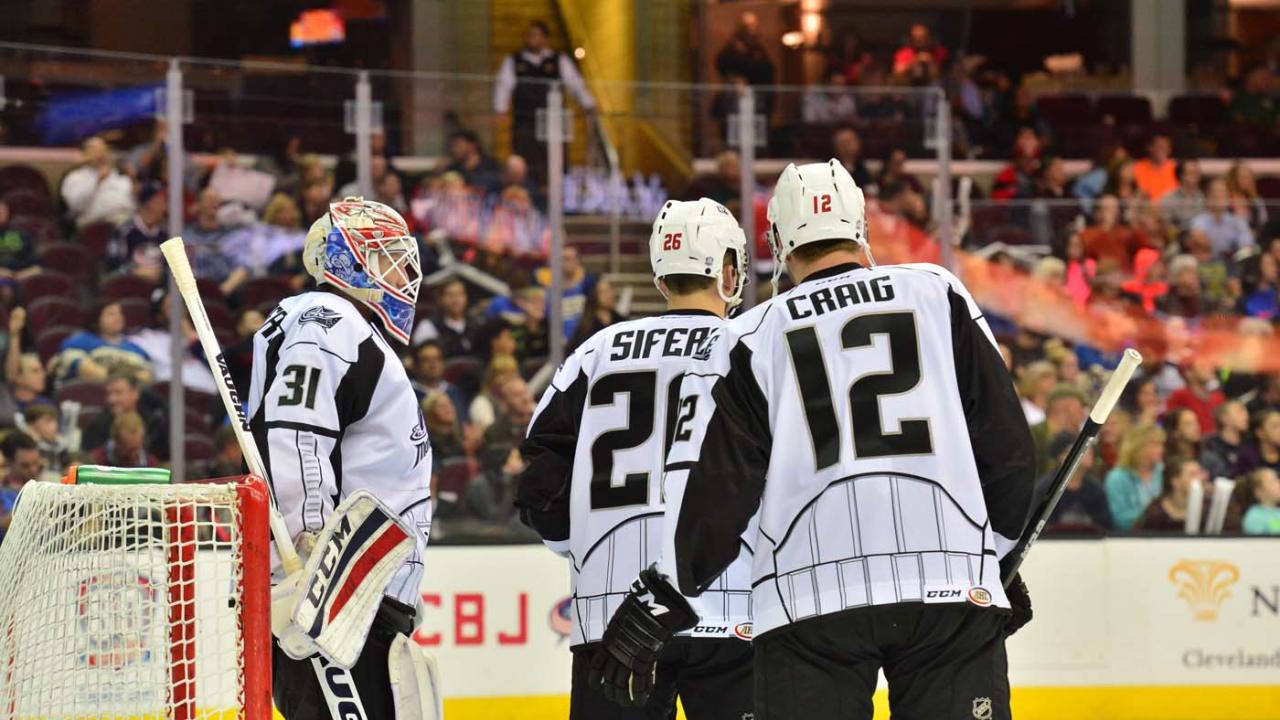 CLEVELAND – The Monsters took on the Wolves of Chicago for the second straight night, and the custom made, limited edition Storm Trooper jerseys were in full effect.

The fans would provide plenty of energy prior to the game, so it was up to the Monsters to provide them something to cheer about, besides the cool droids roaming the main concourse and the Monster’s dance team all dressed as Princess Leia.

And with seconds left in the opening period, newly acquired Oliver Bjorkstrand would do just that and cash in his first goal of the season for the Monsters after weaving through the Wolves defensive zone and was able to sneak one past Chicago goal tender Pheonix Copley after the Monsters first 12 shots of the period had provided no score.

Assistant captain Trent Vogelhuber and defensemen Justin Falk would record the assists, and the Monsters would hold the Wolves to only 6 shots to close the frame and give the Monsters the 1-0 lead going into the first intermission.

Then three and a half minutes into the 2nd period, Daniel Zaar would score his 7th goal on an unassisted break away goal to put the Monsters up 2-0 and ignite the crowd in a frenzy of light-up Star Wars themed bam-bams (noise makers).

The Wolves however would respond with 7 minutes left in he middle frame with a goal from Ivan Barbashev to bring the score to 2-1 Monsters.

The remainder of the period would go scoreless and the Monsters would only have a one-point lead heading into the final frame.

But the force would remain strong with the Monsters. The final period would go scoreless, and the Monsters would complete the two game series sweep of division rival Chicago Wolves with a final score of 2-1.

Anton Forsberg would take the win with 23 saves, Copley would also put 23 saves and record he loss for the Wolves.

Next up for the Monsters is another home game against the Griffins of Grand Rapids, Michigan on Wednesday December 16th, puck drops at 7.