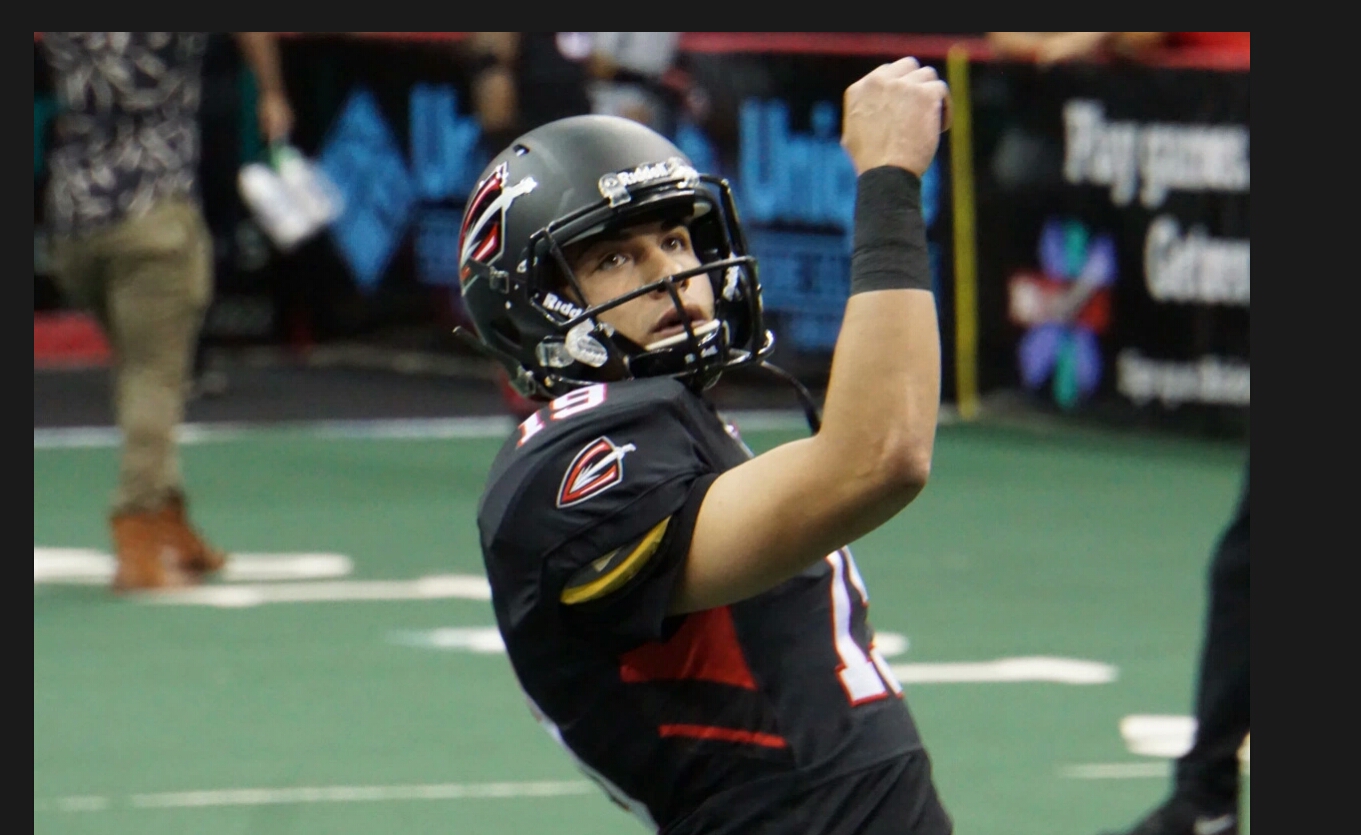 With the Soul’s first possession and play of the game, QB Dan Raudabaugh launched a 40 yard bomb to put them in great position to score early, but a tough fought goal line stance by the Gladiators held them off and forced the turnover on downs. Cleveland QB Arvell Nelson marched the Gladiator offense down 35 yards to hit Collin Taylor for the 10 yard touchdown as Taylor continues his impressive streak to 25 consecutive games with a receiving touchdown.

After Cleveland went up 7-0, it was back and forth scoring by both teams as Philly answered back with a touchdown by Ryan McDaniel. Nelson hit Larry Beavers for a 49 yard touchdown but an unsportsmanlike conduct penalty after the score by Beavers gave Philly decent field position and Roudabaugh found Darius Reynolds for another score. With the score 14-14 and the Gladiators driving, the feared Philly defense forced a Larry Beavers turnover. Philly took over and a 11 yard touchdown pass put the Soul 21-14 at the end of the first quarter.

Quentin Simms came up huge in the second quarter as he caught three touchdowns in the quarter and putting up 85 yards in the first half. Simms has shown great athleticism and play making ability in Thyron Lewis and Dominick Goodman’s abcences. With him and Collin Taylor on the field, they can be a dangerous duo. Darius Reynolds had another score in the second but thanks to Simms and a turnover by Joe Phinisee, The Gladiators end the half up 35-28.

With Cleveland getting the ball back at the beginning of the second half, they wanted to keep piling on the score because the Soul offense is arguably one of the best, if not the best, in the league and can turn a game around in no time. With no hesitation, Nelson found Beavers for another touchdown for 26 yards. Raudabaugh found McDaniel for quick 10 yard score trying to catch up to the Gladiators.

Cleveland answers back quick with a touchdown to Collin Taylor for a 16 yard pass as Taylor dove to the ground to catch the low thrown ball. Raudabaugh once again found his go to receiver in McDaniel who once again found the endzone. At this point in the game, McDaniel has been pivotal for the soul as he accounted for 71 yards and three touchdowns. The quarter ends with a 41-56 Gladiator lead.

The fourth quarter slowed down a bit. Philly starts off with the ball and score early as Raudabaugh hits Darius Reynolds for the four yard score. As the gap between the score grows smaller, the Gladiators need a pivotal drive and score but come up short as Nelson misses Taylor for a forth down conversion and turns the ball over on downs. Philly has a chance to tie this game up but the pressure gets to Radabaugh on fourth and 35 as he throws into the middle of the field where DB Marvin Ross intercepts the ball and runs it back for a pick six and stop any hope of a Soul come from behind victory.

This is Clevelands first win against Philadelphia since the 2014 season. They’re now riding a 4 game winning streak and next week at Quicken Loans Arena, they take on the division leading Arizona Rattlers who they’ve also had trouble getting a win against in the past years.