Gladiators Victorious 48-34 At Home Against Washington 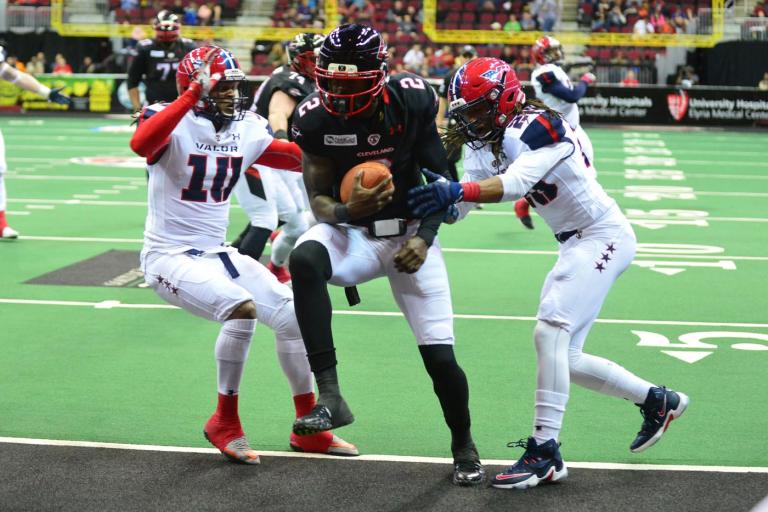 CLEVELAND – With all eyes focused on the Cleveland Browns and the NFL Draft Cleveland’s arena football team came away with a victory over the Washington Valor in regulation 48-34 to bring the Gladiators record to 1-3 in the fourth week of the 2017 AFL season.

It was a back and forth battle with lots of offense from the Gladiators with 298 total yards to help boost them to the victory. Both teams scored in the first quarter, tied 7-7 going into the second frame.

There were some ups and downs in the second that allowed for the Valor to get the upper hand going into the half as they lead Cleveland 27-21.

Brandon Thompkins scores a touchdown in his 33rd consecutive game to help move the Glads ahead.

The third quarter was all Cleveland as the Gladiators outscored Washington 20 – 0. With impressive performances by Arvell Nelson and Collin Taylor, the Gladiators swung the momentum in their favor.

The fourth quarter was an even match up with both teams putting one score into the end zone for a final score of 48-34 the Gladiators put a W in the win column as they return to the gridiron next week on Friday.

Cleveland prepares to square off against the Philadelphia Soul on Friday, May 5 at 7:00 pm at Quicken Loans Arena. The Soul are currently in 2nd place in the AFL standings.