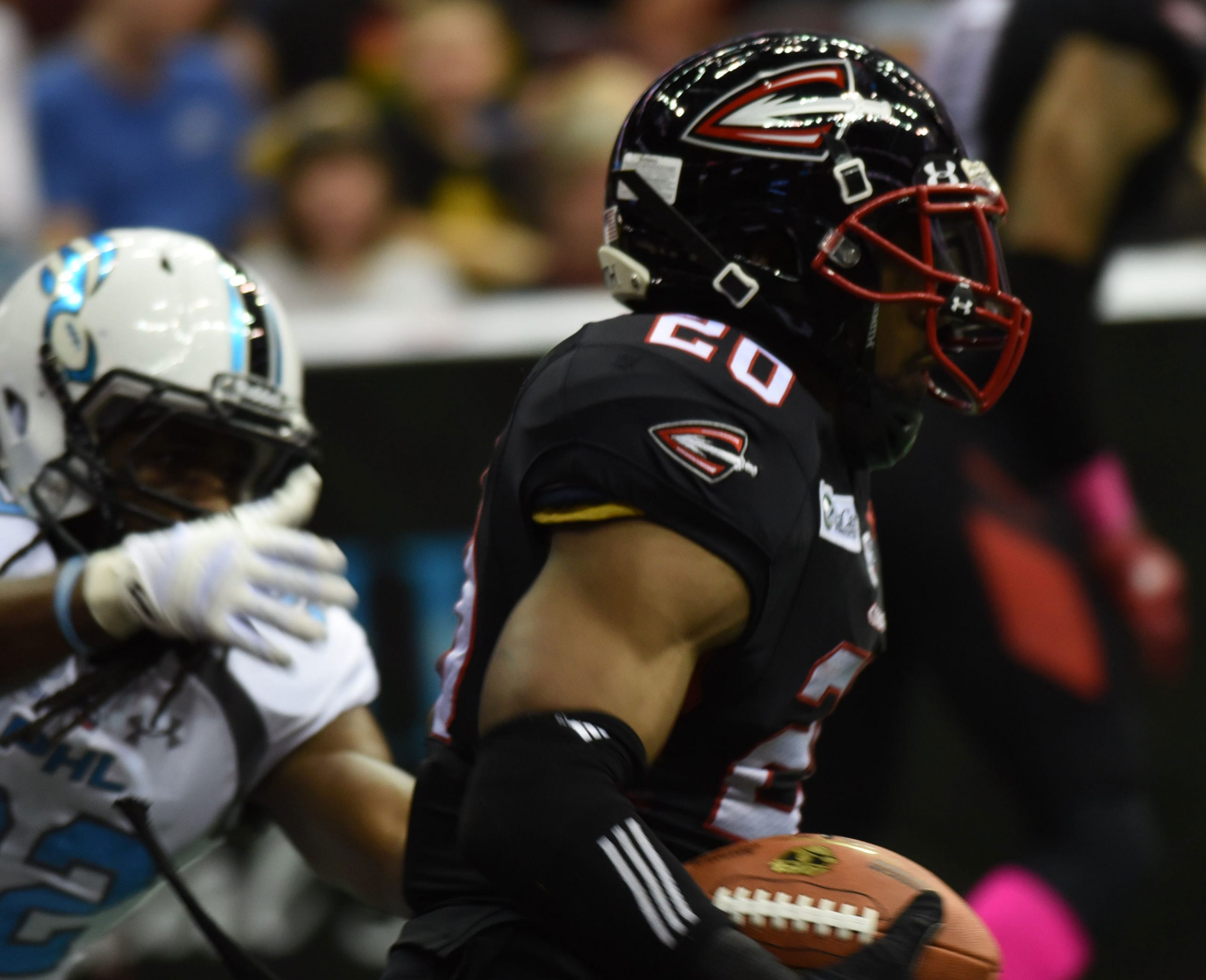 CLEVELAND – The Arena Football League’s Cleveland Gladiators, were defeated by the Philadelphia Soul on Saturday at The Q in Week 12 of the 2017 AFL season by a final score of 59-28. With the loss, Cleveland fell to 3-8 overall this season and currently remain alone in fourth place in the AFL standings.

Philadelphia grabbed a 7-0 lead with a ten-yard touchdown pass from QB Dan Raudabaugh to WR Ryan McDaniel and, after a Cleveland turnover on downs, the Soul made it 14-0 by virtue of a one-yard Mykel Benson touchdown run. After the Soul pushed their edge to 21-0 with a nine-yard scoring strike from Raudabaugh to Soul WR Darius Reynolds, the Gladiators answered with a five-yard touchdown run from FB Jeramie Richardson that made it 21-7 at the end of the opening quarter of play.

In the second, the Soul extended their lead to 28-7 with a 35-yard hookup from Raudabaugh to WR Shaun Kauleinamoku before Kauleinamoku reeled in a 28-yard toss from Raudabuagh shortly thereafter to make it 35-7 Philadelphia. Cleveland generated some momentum on their next drive, connecting on a 17-yard touchdown throw from QB Arvell Nelson to WR Michael Preston to make it 35-14 with 2:16 to go in the first half. Philadelphia answered back, however, with a 15-yard Raudabaugh-to-McDaniel touchdown throw to push their edge to 42-14 at the half.

The third quarter began with the two teams trading interceptions before Cleveland’s Preston caught a six-yard touchdown pass from Nelson to make it 42-20. Then, Gladiators DB Kenny Veal notched his second pick of the quarter, and returned it 13 yards to the end zone to cut the Soul lead to 42-28 with under nine minutes to go in the third. In the final quarter, the Soul pushed their lead to 45-28 with a 25-yard field goal from former Gladiator K Adrian Trevino and sealed a 59-28 win with a 21-yard Raudabaugh-to-Kauleinamoku touchdown pass and a six-yard fumble return for a score from DL Justin Lawrence.

Next up for the Gladiators, it’s a Week 13 bye, followed by the team’s final home game of the regular season, a 7 pm kickoff on Saturday, July 8th at The Q vs. the Tampa Bay