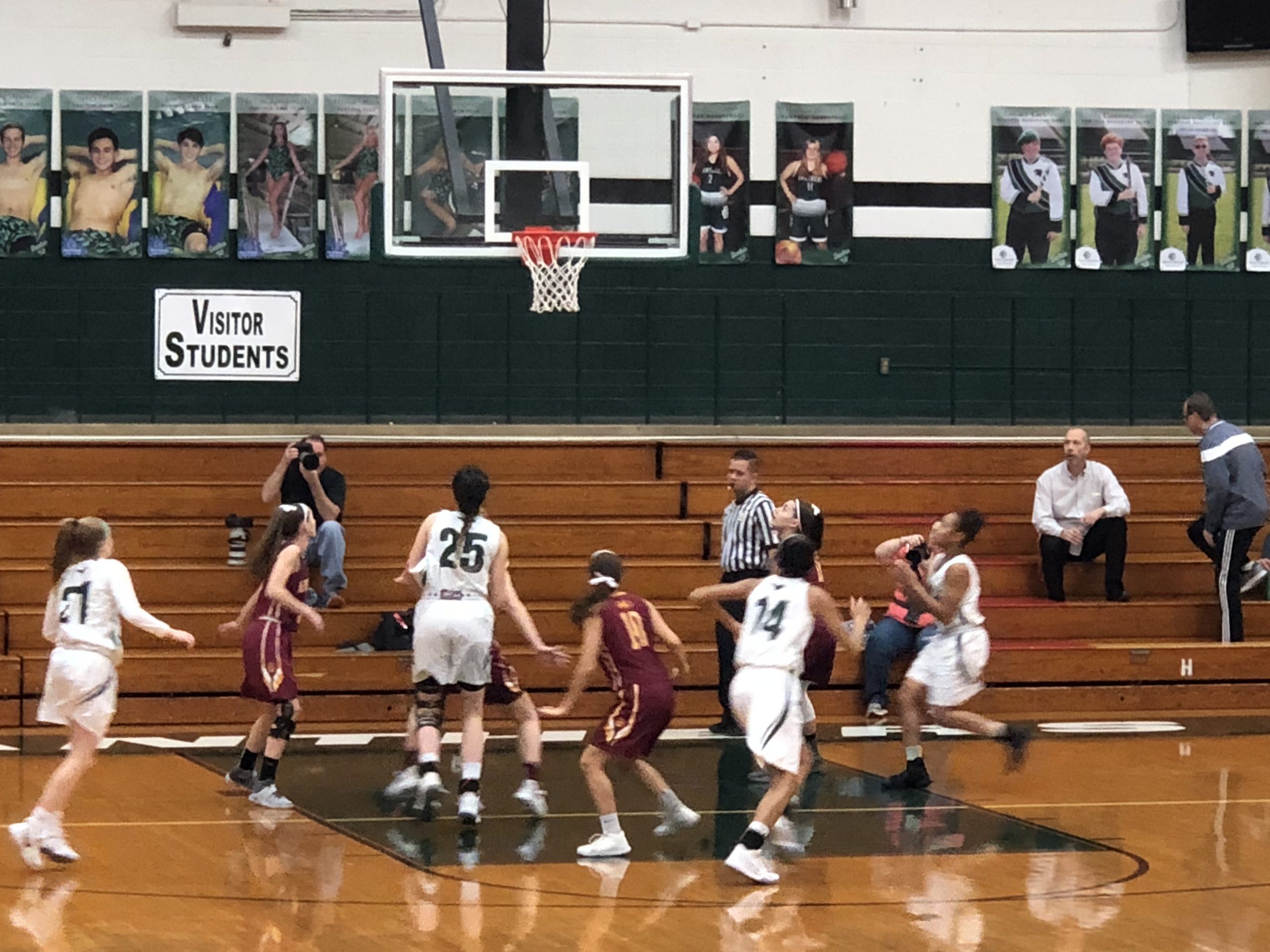 ELYRIA, OHIO – The overall size and defense of the ladies of the Strongsville Mustangs was too much for the Avon Lake Shoregals to overcome Monday, as the Mustangs did enough to advance to the district title game in Elyria with an impressive 48-36 win.

While it was a 12-point win for Strongsville, it didn’t come easy as a huge third 16-2 third quarter run when the Shoregals trailed by just two was the difference in the win for the lady Mustangs.

“We mixed our defenses up and really let it rip.”

The lady Mustang defense did all they could to keep the lead and extend it, as they held the Shoregals to just 3-for-21 shooting in the second half from the field, and on the night Avon Lake hit just 9-of-40 from the field in the saeason ending loss.

The lady Mustangs were led by senior Marnae Holland, who put in 17 points, 11 in the first half to set the pace.

She was helped by fellow senior Lindsey Thall with 14 points in the lady Mustangs win.

The Shoregals, who trailed by double digits in the first half before making it a game right before half, got 13 from guard Amber Achladis in the loss, as their season ends with a mark of 15-10.

The effort of the Shoregals could not be denied, but in the final period they couldn’t find the basket, as they were 0-for-12 from the field, but were still within eight with less than two minutes to play by hitting 8-of-11 from the free throw line, but it wasn’t enough.

Holland and Thall were just too much to overcome for Avon Lake, two ladies who have led the way all season for Strongsville.

“That’s what we were looking for from those two,” Eicher said. “They stretched the floor and separated themselves from the pack, they have done it all season.”

They have another shot on Thursday as they will play the winner of the Olmsted Falls Lady Bulldogs and Avon Lady Eagles in the second game from Elyria Catholic.