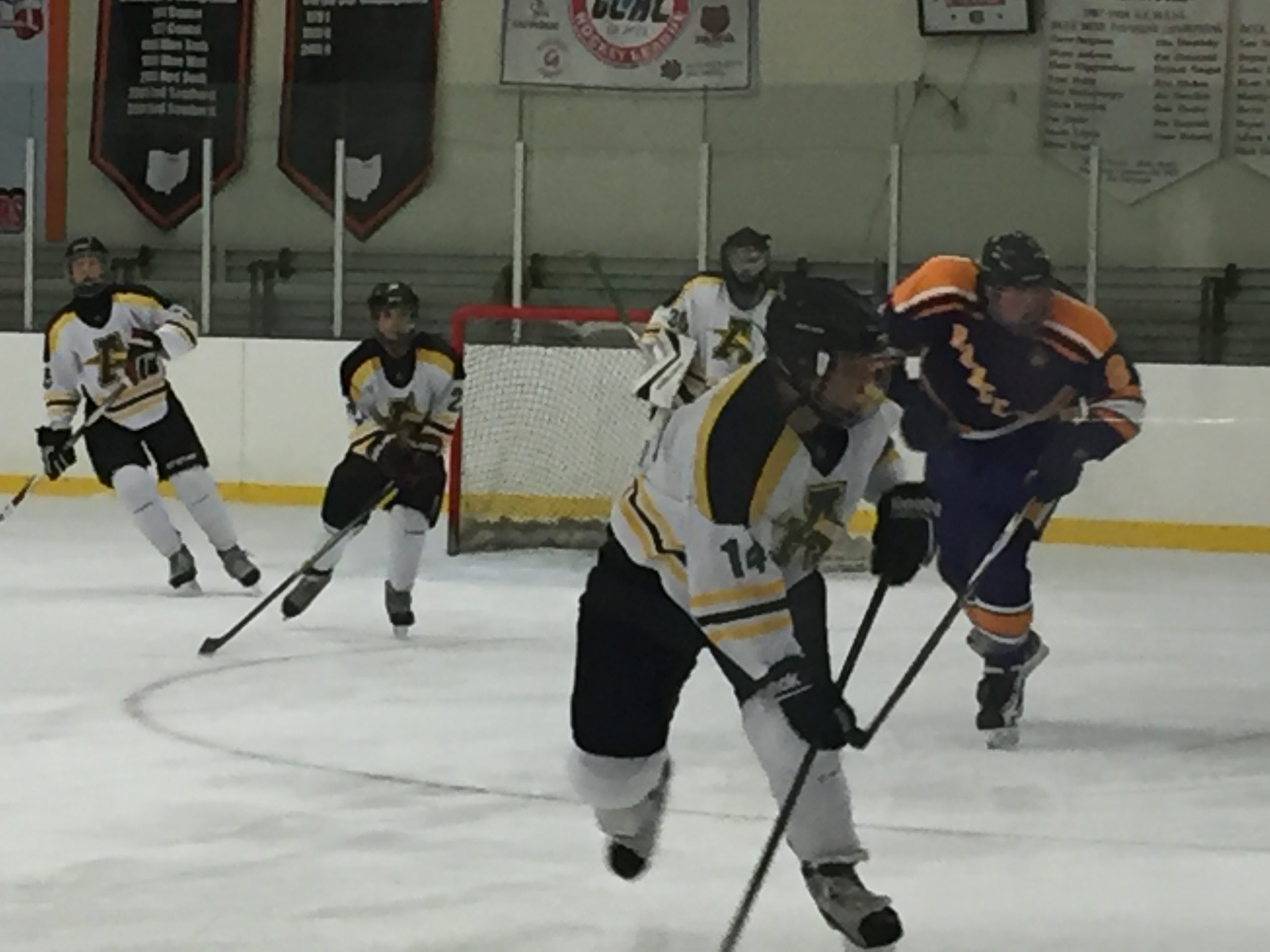 The senior forward has collected 5 points (1 goals and 4 assists) in league play so far this season.

Game wining goal to win the team the tournament.

1st Shutout of the year versus Westlake 8-0 (21 Saves), 2-1 overtime win versus Olmsted Falls (21 Saves). Weekend performance of .976 Save Percentage.

Continues to give effort and improve his game on a daily basis. He just came off of week 2 with a hat trick and was
able to help us come back from 2-0 against Parma.

Had 39 saves in overtime loss to Avon.

In a hard fought, evenly-matched game vs. Benedictine this week, Ben stopped 21 of 22 shots to lead the Tigers to the win and an undefeated record of 4-0.

The junior forward posted a hat trick in a 5-3 loss to Mayfield last week.

David was recently forced to start playing defense for the first time in his high school career due to lineup changes.

In his first few games he quickly took to the position. In our game vs. North Canton Hoover on Sunday, David easily had the best game of his career for us playing defense.

5 goals and 4 assists this week, including a hat trick and 2 assists in a 5-1 win over Nordonia.