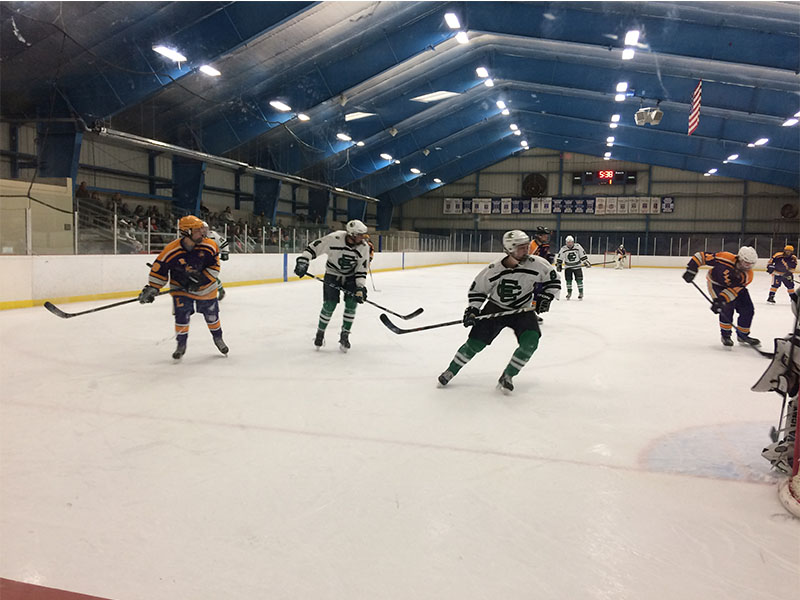 ELYRIA, Ohio – The Lakewood Rangers travel to the Elyria North Rec to take on the Elyria Catholic Panthers tonight in a GCHSHL blue division matchup. Lakewood comes in undefeated at (4-0-0) and sits atop of the division. EC comes into tonight’s game with a record of (1-3-0).

In the first period Lakewood was the more aggressive team, scoring the games first goal. Donny McCrae scored the goal at the 5:36 mark of the first period, Mac Macfarlin assisted on the play. Lakewood also committed two penalties both for tripping.

The Panthers begin the second period on a power play because of the last Lakewood penalty was committed at 56.6 second mark of the first period by Payton Neal.

Lakewood’s aggressive play carried over into the second period. Elyria Catholic was unable to score, even though Lakewood committed two more penalties. Lakewood scored four goals in the period; two were short-handed.

The last goal of the game was scored by EC’s Kyle Horvath at the 1:42 mark of the period, Drew Beck and Ryan Susterisc on the play. Lakewood outshot EC 14-11 in the third period.