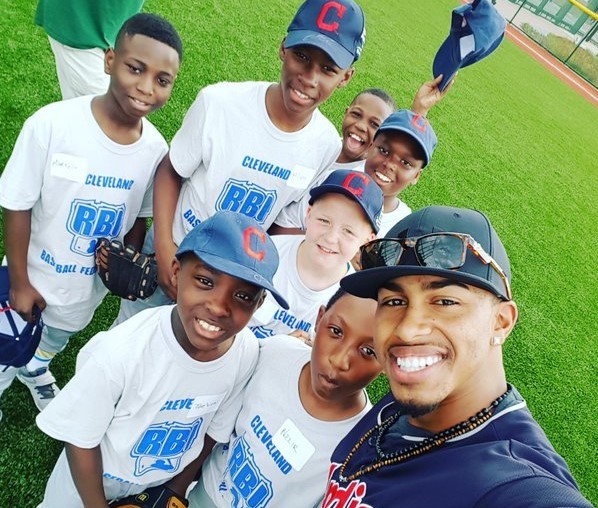 After returning to Cleveland from their nine-game road trip, Indians players had a well-deserved day off on Thursday to regroup and get ready for the upcoming home stand. 22-year-old phenom Francisco Lindor used that day off to spend a couple hours with kids from the Cleveland Baseball Federation RBI Program. 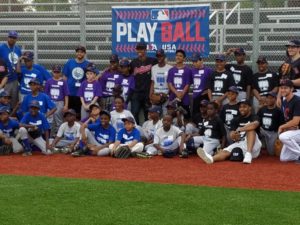 The event was held at the recently renovated League Park, the place Cleveland’s professional baseball teams called home from 1891-1946.

It was an interesting dichotomy of generations and eras.

Cy Young delivered the first pitch there as a member of the Cleveland Spiders in 1891.

The Cleveland Indians won the 1920 World Series there. It was the team’s first in franchise history. Their only other championship came in 1948.

In 1941, Joe DiMaggio extended his hit-streak there to 56 games. The next day it would end. 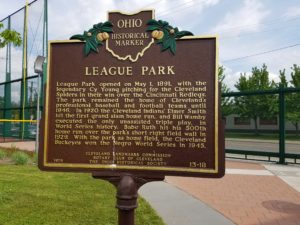 Fast forward to 2016. A new superstar in the making, who although he is not at the level of those legends right now, but is certainly one of the most impressive young players in the game, and visited the hallowed ground to pass on what he could to a future generation.

It’s what makes baseball such an awesome sport.

Lindor helped out with some drills and even took a few swings himself, trying to hit it over the fence in right field that puts the Green Monster to shame.

The last one went over the fence and across the street for the record. pic.twitter.com/MWpX15drC6

Lindor later said the first pitch was a changeup that got him, but there was no doubt about the next one that landed somewhere across the street at a car show.

Lindor joked around with kids, showed some of them how to correct their batting stances, and the late-afternoon clinic was full of smiles all around, none more so than Lindor himself. 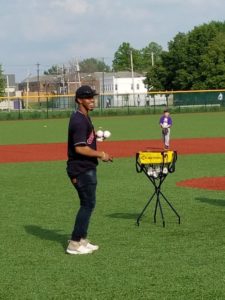 After the clinic, a couple reporters and I got a chance to catch up with Francisco.

When asked about the significance of coming to League Park, where so many legends played, and having the opportunity to pass down his knowledge to the next generation, Lindor said:

“It means a lot. Being on this field reminds me the reason why I play the game. Because of people back then, the things they did, breaking the barriers, the color barriers, the Spanish barriers, that’s why I’m playing the game.”

When Lindor described his appreciation for the barrier breakers, it brought to mind the images of Satchel Paige, who also played at League Park, and the Cleveland Buckeyes, who won the Negro League World Series there in 1945, just one year before it was closed.

Cleveland is fortunate to have so much history in one baseball field, and with Lindor passing his knowledge down to kids, the legacy continues.

I’d also like to mention that members of an Indians coaching staff, including former-shortstop Matt Kata and coach Jeff Cola (who they refer to as Pepsi,) were every bit as important as Lindor’s appearance, running drills with the kids and teaching them the game. 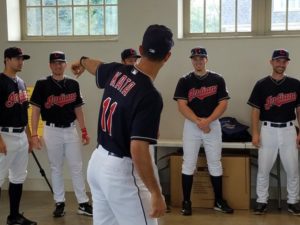 The Indians will be taking part in more community events throughout this home stand and we’ll be happy to share with fans how much of an emphasis this team puts on being involved with the city of Cleveland and the Northeast Ohio region.

Here’s the full interview with Lindor from after the clinic.