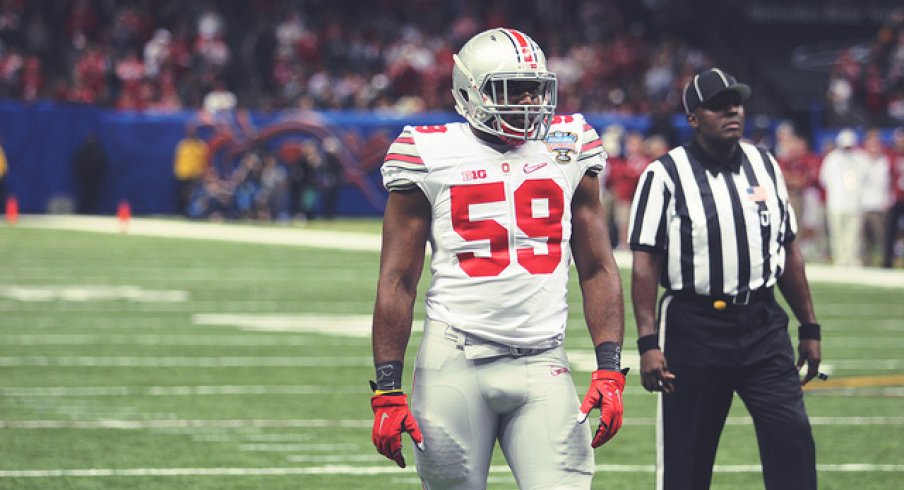 On Thursday, 247sports.com reported that the Bronko Nagurski Trophy watch list was announced. Four Ohio State Buckeye players were named on the list.

Defensive Ends Tyquan Lewis, Sam Hubbard and Nick Bosa were on the list and so was Buckeyes linebacker Jerome Baker.

The Bronko Nagurski Trophy is awarded to the national defensive player of the year annually.

Tyquan Lewis is the reigning Big Ten Defensive Lineman of the Year and will start his senior season with 92 tackles, 27 tackles for loss, and 16.5 sacks in his career so far.

Nick Bosa will be a sophomore. Last year in his freshman season Bosa had 29 tackles, 7 tackles for loss, and had 5 sacks (2nd on the team). Bosa was also named an All-American.

Jerome Baker will be entering his junior year. Baker took over for an injured Dante Booker in the first game of the year last season and earned the role of playing as one of the outside linebackers for the Buckeyes. Baker had 83 tackles, 9.5 tackles for loss, 3.5 sacks, and 2 interceptions.

Baker had one interception returned for a touchdown against the Oklahoma Sooners.

Lewis, Bosa, and Baker are also all listed on the Bednarik Award watch list for the 2017 season.