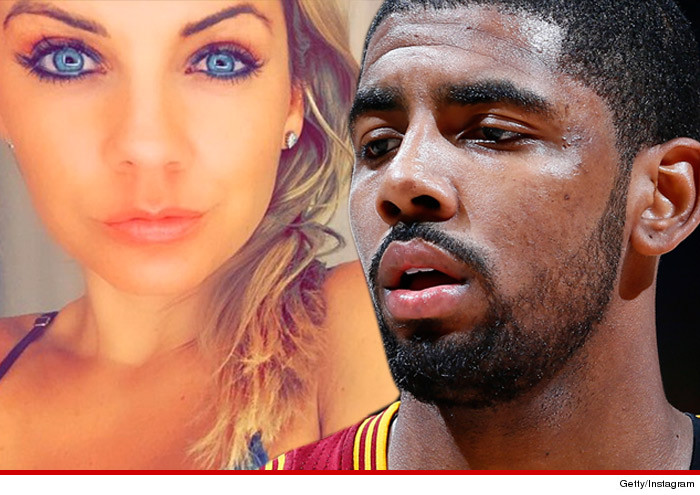 If you recall on Wednesday the story of Cavaliers guard Kyrie Irving having a situation where he was requesting a paternity test following a relationship with 2010 Miss Texas United States Andrea Wilson, well today TMZ has more on the story.

The original story on Wednesday stated that Irving and Wilson were close since 2013, but now according to court docs they are no longer together.

Today the follow up from TMZ says that Wilson is claiming Kyrie left her after she became pregnant, and that she’s paid for everything to do with the child as of this point.

Here’s what TMZ has to say:

Kyrie Irving’s beauty queen baby mama says her relationship with the NBA star is ICE COLD — claiming he left her in the dust after he knocked her up … though Kyrie says that’s BS.

We broke the story … the Cleveland Cavaliers star filed legal docs in Texas requesting a paternity test to prove he’s the dad to Andrea Wilson’s unborn child so he can step up when it comes to child support. He says he wants to be an involved dad.

But we spoke with Wilson — 2010 Miss Texas United States — who says Kyrie’s off to a bad start.

“Kyrie has had no participation. He is only seeking custody to look good for the press.”

“I’ve paid for and handled everything on my own without ANY support from him. I have no connection with him nor do I seek any connection to him.”

Sources close to Kyrie tell us he doesn’t want a war — and hopes to work out an amicable solution so he can focus on being a parent.

The kid is due in early December — hopefully, they can figure out a way to coexist before it’s too late.