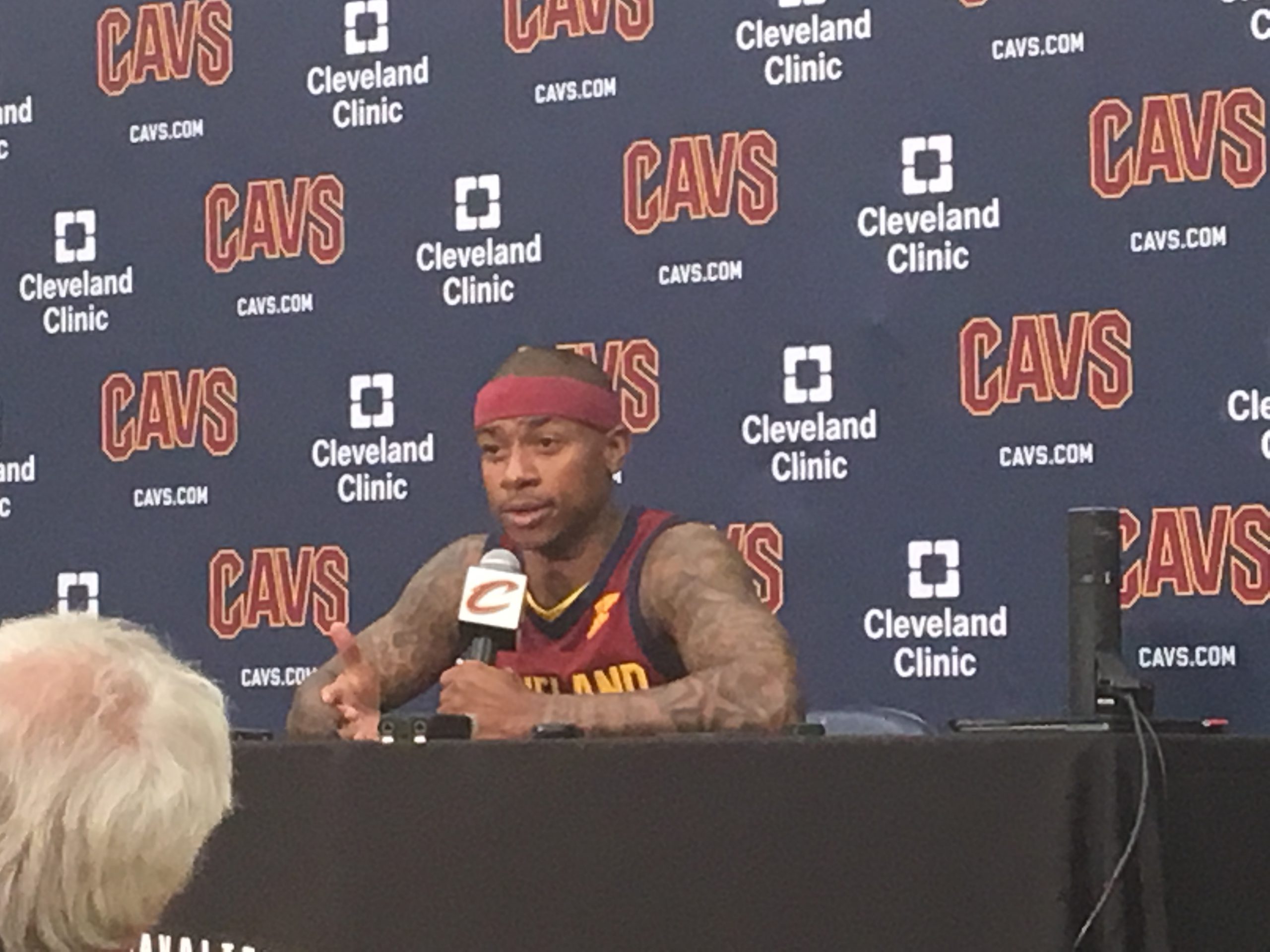 When the Cleveland Cavaliers acquired point guard Isaiah Thomas in the trade with the Boston Celtics that sent Kyrie Irving to their Eastern Conference foe, the one concern was that Thomas was coming off of a major hip injury that required surgery. The recovery would force Thomas to miss games until the beginning of January, taking away close to half of his season. Cleveland understood that and was willing to work him back into game shape, hoping he could return to his level of play that had him finishing in the top five of NBA MVP voting last season. However, none of that panned out.

The Cavaliers parted ways with Thomas in February on the day of the NBA Trade Deadline, sending him to Los Angeles in a deal that brought Jordan Clarkson and Larry Nance Jr. to Cleveland. This came after weeks of Thomas being adamant that he was happy in Cleveland and didn’t want to leave due to the fact that he could help bring a championship. Koby Altman and company saw differently, as Thomas only averaged 14.7 points and 4.5 assists per game in just fourteen starts.

While he wasn’t necessarily tearing it up for the Lakers, Thomas did a good job coming off the bench and providing some quick points for the young group. He put up 15.6 points per contest in seventeen appearances for Los Angeles. But his season appears to have come to an end due to a hip surgery scheduled for Thursday.

An update will be provided following the completion of the surgery. pic.twitter.com/uA7sN5cOSM

With Thomas looking to be done with the 2017-18 campaign, his sights will now be set on earning a contract with a team in the off-season. It might be difficult to obtain the deal that he feels he deserves, however, as he has failed to deliver anywhere close to last season’s stats. With two hip surgeries in the past year, it’s going to be tough for any team to really commit to him for a long period of time.

Former Cavaliers general manager David Griffin, who was told he wouldn’t be brought back before the Kyrie/Thomas trade took place, spoke to Yahoo Sports about the upcoming off-season and what it entails for Isaiah Thomas.

“No one is going long there [with a deal], in all likelihood. [The hip] is a very significant factor. His whole game is predicated upon quickness and creating shot separation. If he can’t do that, he is a small non-defender. I was pleased with his willingness to come off the bench in L.A.

Griffin continued with Yahoo Sports on what Thomas can do next season to help ensure his next contract will be everything he was hoping for this off-season:

[It] will be very important for next season that teams believe he is willing to do whatever it takes to win and isn’t caught up in the semantics of a starting role. His willingness to speak up immediately in Cleveland was a terrible fit for the locker room, but not entirely a negative. If he is in a role as veteran leader, as he was in L.A., it can be important, positive trait.”

The Lakers are eliminated from playoff contention, so Thomas’ injury doesn’t throw a wrench into any potential playoff run. But for his own sake, he’s looking to make a speedy recovery that gets him back to his old form.