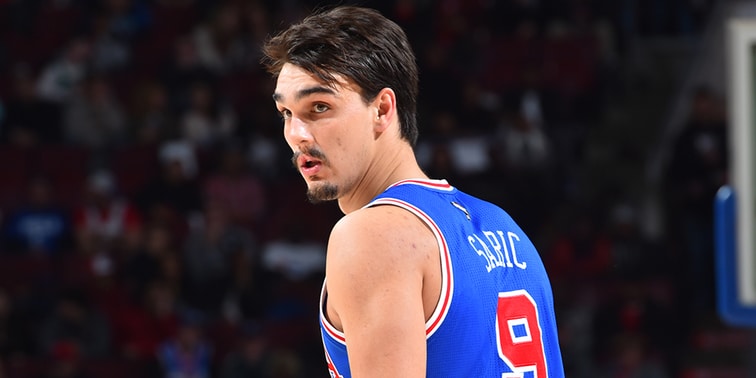 Honesty will get you a long way in this world. On Wednesday night, Philadelphia 76ers forward Dario Saric was nothing but that.

Following their 118-101 win over the New York Knicks, Saric was asked about the upcoming NBA Playoffs. With Philadelphia already clinching a playoff berth, seeding is the only thing that the team needs to keep an eye on as they close out the regular season. And Saric certainly doesn’t want to see one specific team with a certain player come postseason time.

That would be LeBron James and the Cleveland Cavaliers, who currently hold the third-seed in the Eastern Conference and are a half-game up on the 76ers for that spot. As it stands, Cleveland and Philadelphia wouldn’t meet until the Eastern Conference Finals if both teams handled their business in the first two rounds. But Saric is hoping that there won’t be any run-ins with “The King”.

The Sixers have 30 wins since their Christmas day W over the Knicks (the Knicks have 10)…and have now won eight straight, 19 of the last 20 in Philadelphia. Here’s @dariosaric on @NBCSPhilly postgame with us. *Dario told us he doesn’t want to face @KingJames in the first round. pic.twitter.com/iQIshj85Xg

The statement by the second-year pro out of Croatia comes on the same day that 76ers head coach Brett Brown said he isn’t intimidated by any of the other teams in the Eastern Conference. With a 44-30 record, maybe Brown and his squad shouldn’t be worried about any other team on their side of the bracket.

But Saric certainly isn’t going to catch any heat for not wanting to see LeBron. No one does.