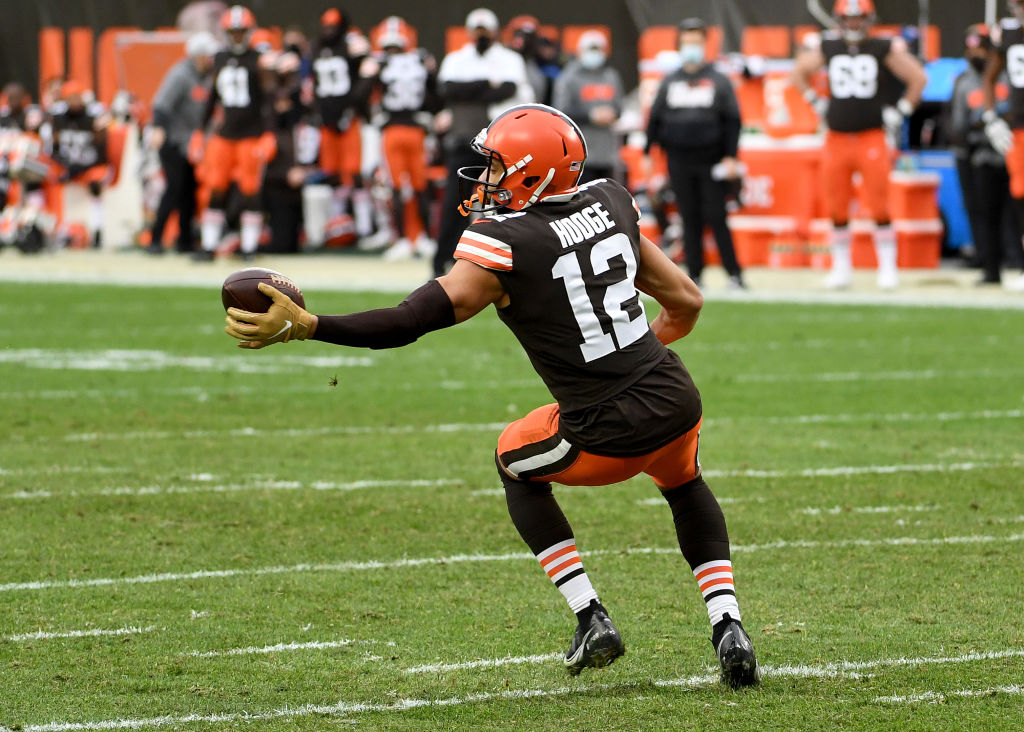 Browns young wide out Khadarel Hodge didn’t take too long to have to sit at home and lament being released by the Browns, as the pass catcher found a new home Wednesday.

Hodge should get some long looks in the Motor City, as the Lions could use depth at the receiver position.

Last season Hodge made his presence felt, catching 11 passes for 180 yards in nine games with the Browns.

Tuesday he tweeted from his official account love back to the Browns organization and the city of Cleveland after a memorable 2020.

Thank you Cleveland. It’s all love 🤎🧡