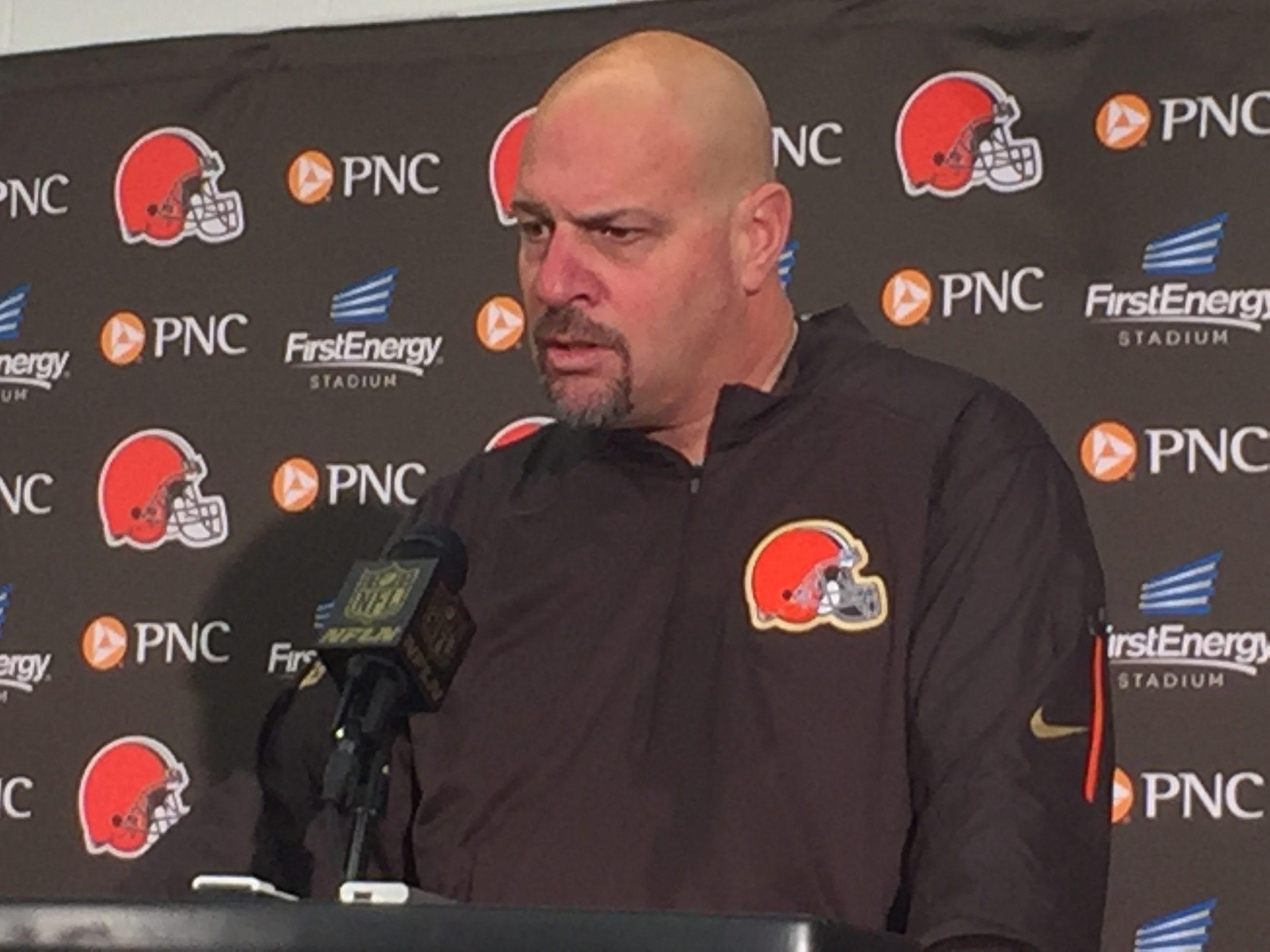 Now former Browns coach Mike Pettine didn’t have to wait for ‘Black Monday’ in the NFL to get his walking papers, as he was fired by owner Jimmy Haslam last night, just hours after a season ending 28-12 loss to the Steelers.

Today, Pettine put out a statement saying ‘thanks’ to Haslam as well as the Browns fans for his two seasons with the team:

“I would like thank Dee and Jimmy Haslam for the opportunity they granted me to lead the Cleveland Browns as head coach for the past two seasons. Although I wish I could have brought more wins to the franchise for the passionate fans of this great city, I will have many fond memories to cherish from my time in Cleveland. I also want to thank all the players that I’ve been able to coach in my time here. I’m grateful for the effort they put forth, their willingness to take coaching and their overall dedication to the foundation we built. Additionally, it is very important for me to thank the coaching staff for all their hard work. I appreciate all the sacrifices that were made by their families while their husbands and fathers were enduring the long hours that are the norm for NFL coaches. Lastly and just as importantly, I want to thank the fans of the Cleveland Browns. I appreciated all the support, you deserve a winner and I wish that for you in the near future.”

First Energy Stadium Was More Like Heinz Field Sunday – And It Sucked
Giants’ Head Coach Tom Coughlin Steps Down, Are Browns A Possibility?