Following TUF 25 Finale Performance, Justin Gaethje Is On The Fast Track To Superstardom 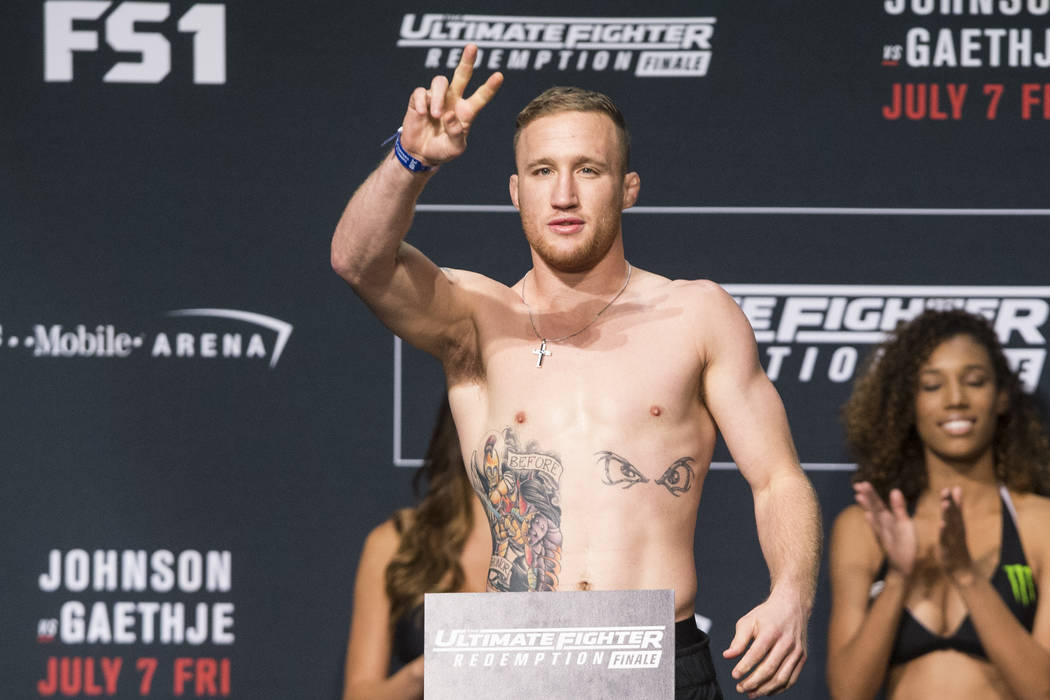 During numerous moments in his main event clash with Michael Johnson, Justin Gaethje looked like he was about to be staring at the ceiling lights. The former WSOF Lightweight Champion was sent into a wobble in the opening and closing seconds of the first round, eating punches from “The Menace” that would put out most fighters.

Instead of being finished, Gaethje finished Johnson in a beautiful display of violence in a second-round TKO. Gaethje teed off on Johnson and refused to go to the ground when Johnson fell to the mat. As a matter of fact, Gaethje asked for Johnson to be stood back up by referee John McCarthy so he could finish his work on his feet.

Not many people can argue that Gaethje is a star waiting to have his name called on again in the UFC. After fighting in World Series Of Fighting for so long, he was always one of the fighters people wanted to see make the jump. And when he did, he didn’t disappoint.

Gaethje is one of the more genuine fighters, as in he understands that he can be knocked out just as fast as he can knock someone else out. It reflects in the way he fights and is very refreshing to watch. “The Highlight” said in his post-fight interview, he needs to be put to sleep or he will finish you. He wasn’t wrong.

So that now leads us to our question going forward: Who is next for Justin Gaethje?

I think out of all the contenders right now, Tony Ferguson is the most exciting matchup. But Ferguson has a potential showdown with Khabib Nurmagomedov to determine an Interim UFC Lightweight Champion while Conor McGregor is out right now training for his boxing match with Floyd Mayweather.

So who is the next best matchup?

If we are going off of most impressive fighters that are active, it has to be Kevin Lee.

Lee just had a very good showing against Michael Chiesa, in which he finished Chiesa in the first round. Though it was controversial, it doesn’t change the fact that Lee is a rising star in the division. It would definitely be fun to watch Lee exchange with Gaethje on their feet and maybe even take the fight to a different style with some wrestling.

It may not be the fastest way to Conor McGregor, but it truly would be a thrilling fight. With the Lightweight division already super exciting as it is, a fight between Gaethje and Lee would solidify it as the toughest division in the UFC.