Five Browns Players Worth Keeping on the Roster Next Season 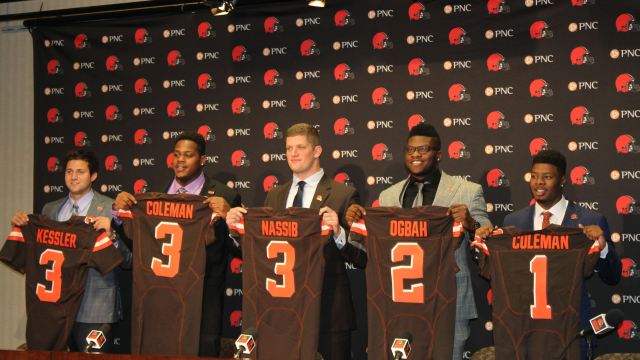 We’re past the point of analysis.

The Browns are 0-8, they blew a 20-7 lead to an almost (but clearly not quite) as sorry Jets team and the same process repeats itself each week.

The Browns put forth the effort to hang with teams through three to three and a half quarters, but the talent disparity is too great for Cleveland to keep a lead or keep the game close.

Halfway through the season, it seems wrong to hand out mid-season awards to a winless team, so here are a few players that have shown enough to be brought back next season.

The Browns should and will continue to lean on younger players as the season progresses because reps matter in experience and evaluation.