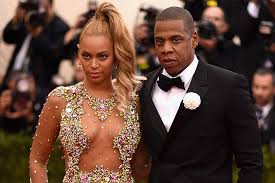 In FirstEnergy Stadium news that doesn’t regard the Cleveland Browns, a massive concert is coming to town.

Jay-Z and Beyoncé have announced their most recent tour and Cleveland is on the docket for a visit from the power couple. Cleveland, Ohio will kick off the North American side of the tour after the European side of the tour is completed. The “OTR II” Tour starts up in June overseas before coming to Cleveland on July 25th.

During a Hillary Clinton presidential rally in 2016, Beyoncé and Jay-Z brought Chance The Rapper, J. Cole, and Big Sean to Cleveland to perform and promote Clinton as the potential next President Of The United States Of America. Now, they come back on this massive tour on a summer night in Northeast Ohio.

The one intriguing thing about this is how close it is to Taylor Swift’s tour date in Cleveland, which takes place on July 17th. While there’s always been a bit of a rivalry between Swift and Beyoncé, one would think it was purely coincidental on how the dates got that close to each other.