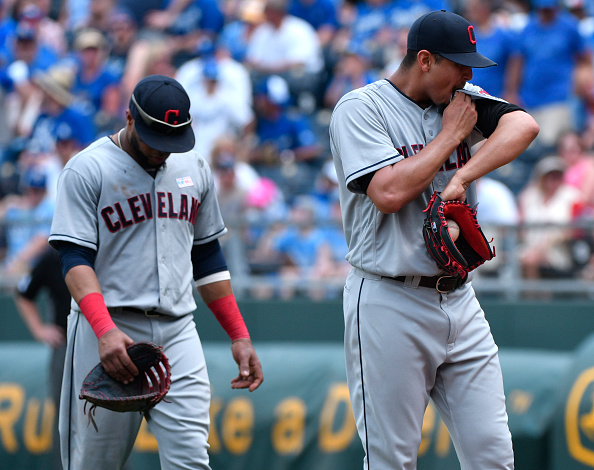 The Indians and Royals did battle on a beautiful Saturday afternoon in Kansas City, and it looked for awhile like the Tribe would be back on track after a one-day hiccup.

Then the Royals came to bat in the bottom of the fifth.

In one half inning all the good feeling the Indians and starter Carlos Carrasco built went away quickly, as KC put up a six spot enroute to a 12-5 win over the Indians for their second straight loss.

It’s also third loss in four games for the Indians, sending them back to 28-26 on the season, and for now 1.5 back of the Twins for the top spot in the AL Central.

As best as we can here’s three takeaways from this latest awful setback, as the team will hopefully put the last two days aside and get ready to salvage the finale of the three-game set Sunday in KC.