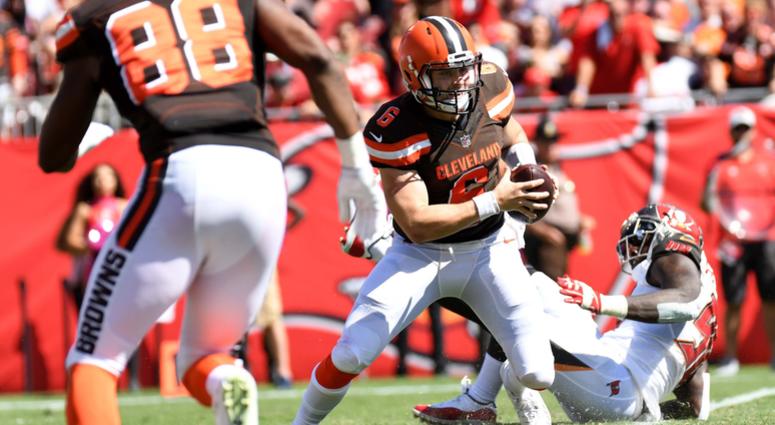 Football is arguably the most popular sport in the United States (sorry baseball). The NFL is a professional football league consisting of 32 teams, divided into two conferences – the National Football Conference and the American Football Conference, each with 16 teams. The Cleveland Browns are part of the AFC.

Who are the Cleveland Browns

The team has enjoyed success over the years and they have managed a total of eight league championships, eleven conference championships and twelve division championships, quite clearly, this is one of the most decorated NFL teams. The Cleveland Browns golden generation was in the 1950s because that is the period when the team won the NFL Eastern Conference championship for six straight years from 1950 to 1955 and NFL titles in 1950, 1954 and 1955.

When were the Cleveland Browns formed

Cleveland Browns was established about 77 years ago on the 4th of June 1944 but they had to wait for two more years for their debut season which was in 1946.

How did the Cleveland Browns perform in the previous NFL season

Cleveland Browns had a decent outing in the year 2020 which happened to be their 68th season as a member of the National Football League (NFL). The positives that can be taken from the 2020 season is that the team improved from their 2019 showing because they finished 11–5 which was an improvement as they finished with a 6–10 record in the year 2019. The improvements can be attributed to the changes in the team structures because it was Cleveland Browns’ first season under Andrew Berry and Kevin Stefanski who are serving the club in the capacity of general manager and head coach respectively.

Cleveland’s Browns impressive season went on to the Wild Card Round and the team impressively managed to beat Pittsburgh Steelers 48–37, this win was historic in the sense that it marked Cleveland Browns first playoff win since the 1994 season. By this time, Cleveland Browns were hoping to return to the AFC Championship game after a long time but Kansas City Chiefs ended Cleveland Browns fairytale season by defeating them 22-17 in the Divisional Round.

As we have earlier stated, Andrew Berry and Kevin Stefanski were very instrumental in the 2020 season and the Cleveland Browns supporters are very optimistic going into the upcoming season because if they could achieve whatever they achieved in one season, the sky is the limit for Cleveland Browns.

What to expect this season from the Cleveland Browns?

The Cleveland Browns have some exciting young talents like James Hudson (tackle) and Anthony Schwartz (wide receiver), who are eager to play and showcase their talent. The immediate target for the Cleveland Browns will be to replicate their previous season and make it to the playoffs again and perhaps make it to the AFC Championship game, but we will have to see what happens and what the NFL computer picks are predicting.

The Cleveland Browns really tried to bolster their season by making some additions to their squad, including: