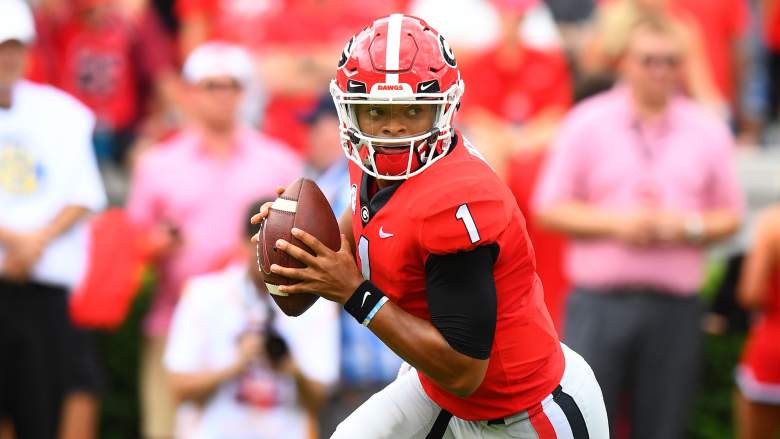 The Buckeyes, days following their Rose Bowl win in Urban Meyer’s final game as coach, is about to get a huge lift as reports state they have landed 2018’s #1 recruit in the country – former Georgia quarterback Justin Fields.

ESPN states that “Fields is visiting Ohio State this weekend and all indications are that he plans on joining the Buckeyes and enrolling in classes at OSU next week.”

Fields reason for leaving Georgia is that they already have a quarterback, that being sophomore Jake Fromm.

The ESPN report says that Fields is set to try and apply for what’s called a ‘hardship waiver’ through the NCAA, which if granted, would make him eligible to play for the Buckeyes next year.

The Buckeyes are bracing to lose third-year sophomore Dwayne Haskins Jr. at the quarterback spot to the NFL.

He had a monster 2018, throwing for 4,831 yards with 50 touchdowns and 8 interceptions in his first season as a starter.