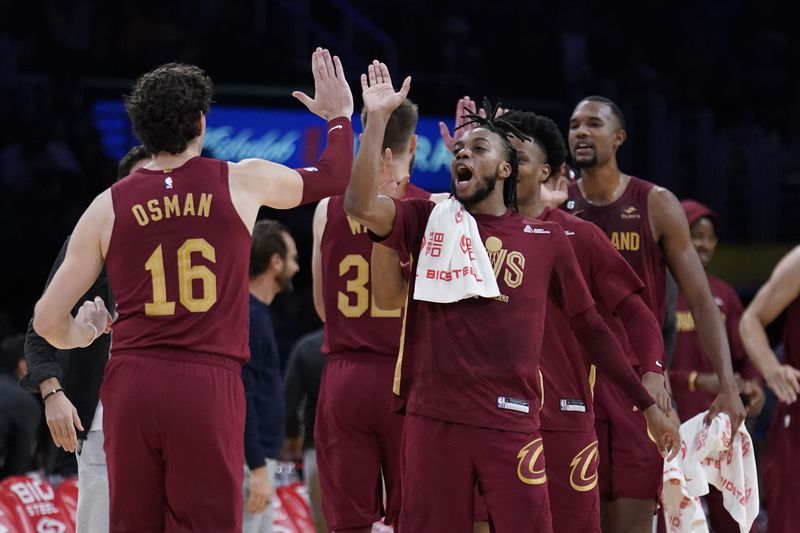 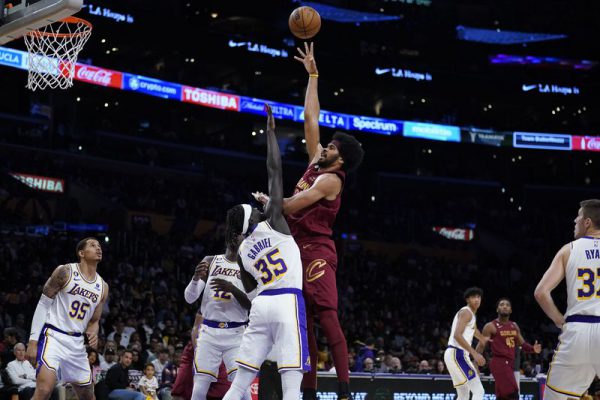 The Cleveland Cavaliers (7-1) traveled to Los Angeles to take on LeBron James and the Lakers (2-6), seeking their 8th straight victory of the season. This young Cavs squad will be put to the test as LeBron James is 17-1 all-time against Cleveland. The Cavs were #1 in the league in net rating after their 24-point victory against the Detroit Pistons, with the Lakers far behind at #26.

With the Cavs’ elite defensive abilities and the Lakers’ lackluster offense, the Cavs were 4-point favorites to win the matchup. After playing from behind the entire first half, the Cavs rallied back to take down the Lakers and win their eighth straight game, 114-100.

The Lakers came out aggressive to start the game and took control early on. The Cavs struggled to get defensive stops, and had no answer for Anthony Davis and Russell Westbrook as the two combined for 21 first quarter points. Despite the defensive woes, Donovan Mitchell carried this team as he notched 15 early points, shooting 3-4 from the field and sinking nine free throws.

JB Bickerstaff was asked about how Mitchell has earned the trust of his teammates.

“The guys have a lot of trust in [Mitchell]…He earned it right away, and he earned it by being a part of the group…All he wanted to do was be a good teammate.”

With less than five seconds to go in the first, Westbrook committed a Flagrant 1 foul as he hit Garland in the face with the ball. Though the Cavs gave up 36 points in the opening quarter, they only trailed the Lakers by six.

The Cavs continued to get open looks though they still had trouble connecting. Kevin Love couldn’t find his groove as he shot 1-6, all shots coming from behind the arc. Despite being second in the league in three point % the Cavs only hit 4-15 threes in the first half.

Both teams got into foul trouble in the second quarter. Mobley and Allen both committed three fouls each and had to sit with six minutes to go before the half. The Cavs relied heavily on free throws to keep themselves in the game as they made 20-21 from the line.

Garland dominated for the Cavs in the second quarter, scoring 13 of his 21 first-half points and knocking down 3-5 triples. Garland and Mitchell combined for 42 points as the Cavs trailed at the half, 64-58. 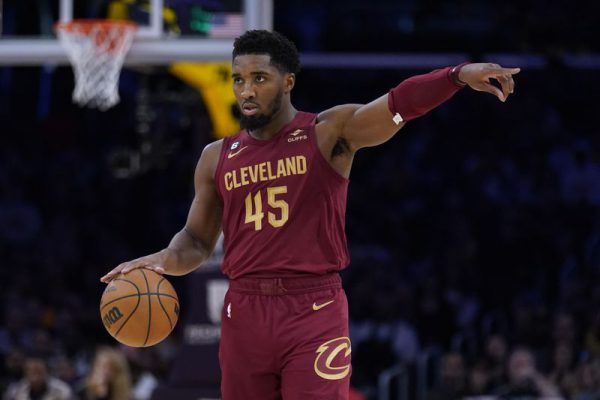 “We have to have more bodies inside the paint…We have to get more physical,” said Cavs’ assistant coach (and former Lakers head coach) Luke Walton at the half.

Darius Garland at the half:

The Cavs came out hot in the third quarter with a bucket from Mobley and a triple from Mitchell, followed by two dunks from Allen that gave the Cavs their first lead of the game.

Cleveland took control of the game with a strong third quarter, outscoring LAL 29-16 to take an 87-80 lead into the final period.

Lakers were down 1 when Davis got called for his 4th PF on an atypical double foul during a loose ball.

The Cavs built on that offensive momentum and were able to shift to their style of play. Moving the ball quickly and involving all five men on the court, they closed the quarter on a 10-0 run. In addition to the offense, the Cavs were able to fine-tune their defense forcing turnovers, allowing them to take the lead 87-80 heading into the fourth.

The Cavs opened the fourth quarter with a transition bucket from Mitchell, resulting in a foul and a three-point play. On the very next play, Dean Wade stole the ball and took it all the way for the slam. From the end of the third to the beginning of the fourth, the Cavs put together a 17-0 run and turned the tide of the game.

In the blink of an eye, the Cavs amassed a 17-point lead with just over six minutes to go. Thought the Lakers’ bench was able to dig into the Cavs’ lead, a clutch and-1 bucket from Mitchell ultimately sealed the deal. Outscored by 20 in the second half, the Lakers did not have an answer for the surging second-half Cavs.

The Cavs have proven to be a scrappy, aggressive team that doesn’t quit until the last clock tick. Their ability to make second-half adjustments, shifting the game into their favor will be instrumental to their success this season. It’s early in the season, but this team is exciting! 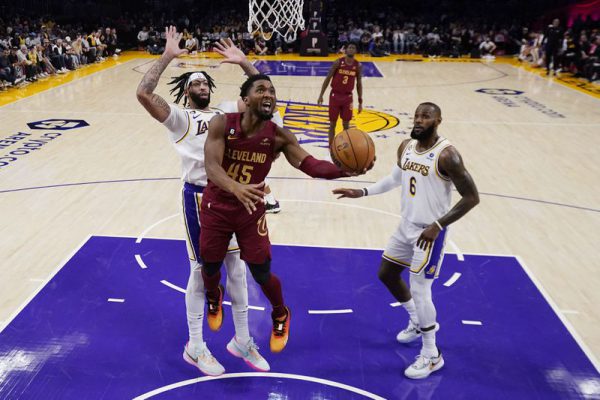 Of course, one must give credit to head coach J.B. Bickerstaff on the Cavs’ success this season. “[J.B.] is the leader…He makes up all the game plans, he’s going through all the strategy…he knows the ins and outs,” said Garland when asked about Bickerstaff’s halftime message.

Teams with 1 loss or fewer this season:

The Cavs will remain in LA as they face off with the Los Angeles Clippers on Monday, November 11th. Tip-off is 10:30 PM EST. Tickets can be purchased through SeatGeek.

No Garland? No Mitchell? No Problem! Cavs crush Pistons, 112-88
Kevin Love’s New Role Is Why The Cleveland Cavaliers Are Off To A Hot Start