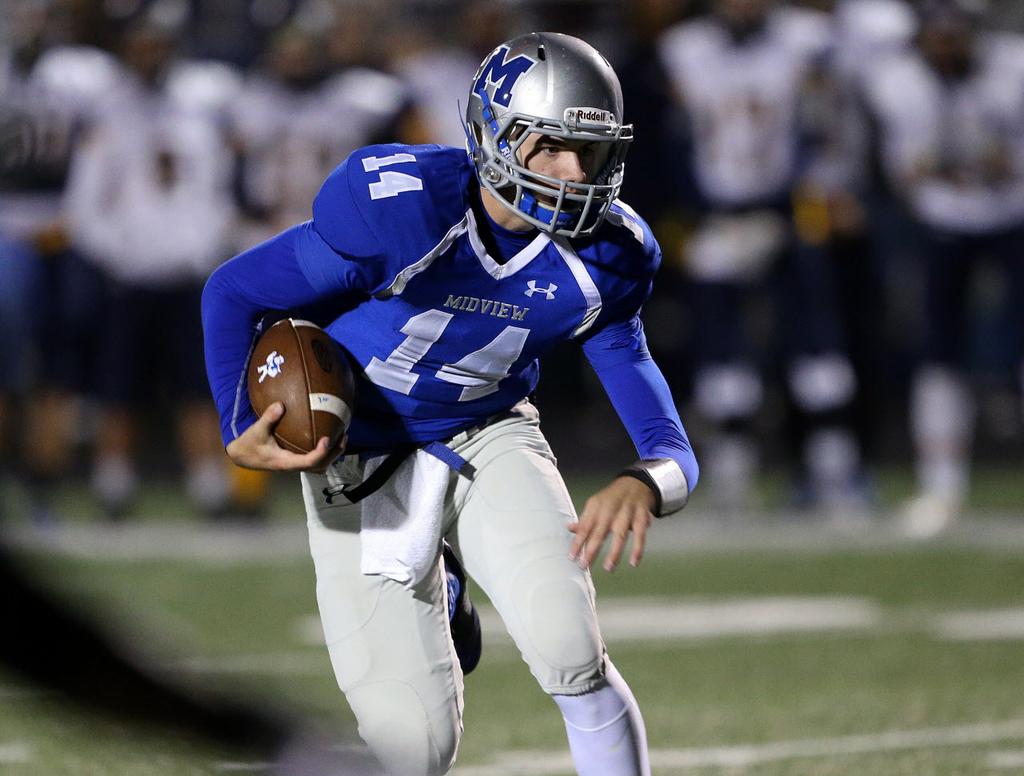 This edition of Northeast Ohio High School football coverage is presented by Floors2u.

The Midview Middies came up away with a 35-14 win on the road against the Westlake Demons on Friday night, as quarterback Dustin Crum made history, breaking the Lorain County record for most carer passing touchdowns.

Crum threw three passing touchdowns on the night, including an 88-yard bomb to Kevin Johnson.

Midview head coach D.J. Shaw praised his star QB after the win, saying “I didn’t even know about the record, but he’s just an amazing football player. He’s had a great career for us.”

Westlake did not go away easily in this game, as Demons quarterback Trey Bialowas had an impressive game himself, completing one touchdown pass and rushing for another.

Unfortunately for Westlake, it was four turnovers in the third quarter, which ended up costing the Demons the game.

Westlake falls to 3-3 on the season, but their three toughest games are out of the way, as their losses have all come to Avon, Avon Lake, and Midview. The Demons travel to Lakewood for Week 7 action.

Midview (5-1, 4-1), still has some tough games ahead, including a Week 7 match on the road against Olmsted Falls.

This recap has been brought to you by Floors2U.