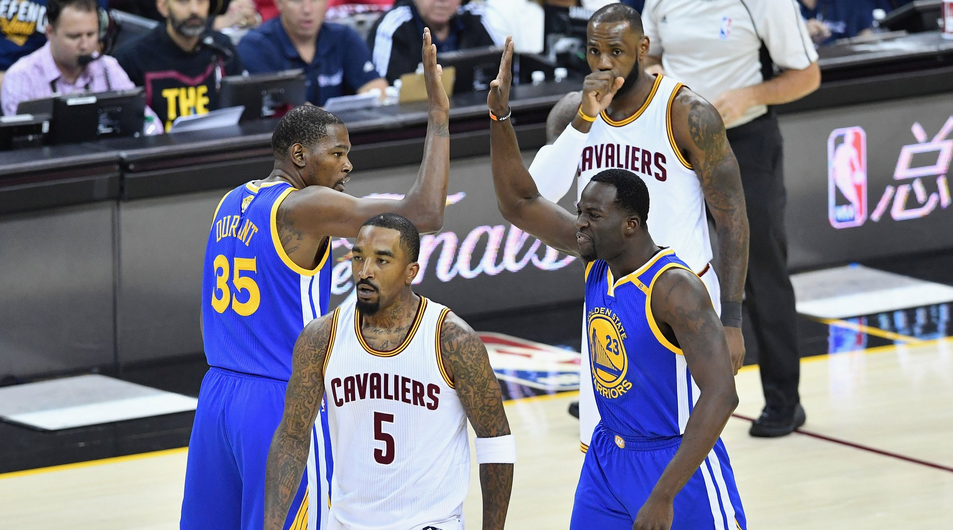 CLEVELAND– There’s certainly no love lost between Golden State’s Draymond Green and the city of Cleveland.

As one of the NBA’s most well-known instigators and trash talkers, just beating the Cavaliers in five games for the 2017 NBA Title wasn’t enough for Green, who still had some trash to talk in a GQ article that was published on Thursday (fair warning, the language in the interview is NSFW).

“They didn’t stand a f—ing chance,” Draymond Green told GQ’s Clay Skipper when they met 10 days after the 2017 Finals. “It p—ed me off we didn’t sweep them, though.”

This is hardly Green’s first shot at the Cavs or the city. During the 2017 NBA Finals, Green said that Cleveland fans “don’t seem to be the sharpest people,” after losing Game 4. During the Warriors’ championship parade, Green also donned a t-shirt with the Larry O’Brien Trophy and the word “Quickie.” The “Q”, however, looked like the Quicken Loans logo.

Golden State took a 3-0 lead in the Finals, but the Cavs avoided the sweep by winning Game 4 at home after hitting a Finals-record 24 three-pointers.

“That’d never been done! They don’t come out and hit twenty-four threes and they’re swept,” Green said to GQ. “And that’s the second best team in the world. It’s pretty f—ing sick to see how everybody is just in a f—ing panic about what to do. You sit back and think, like, these motherf—ers, they know. That’s the fun part about it: They know they don’t stand a chance.”

You can read the full GQ interview here.