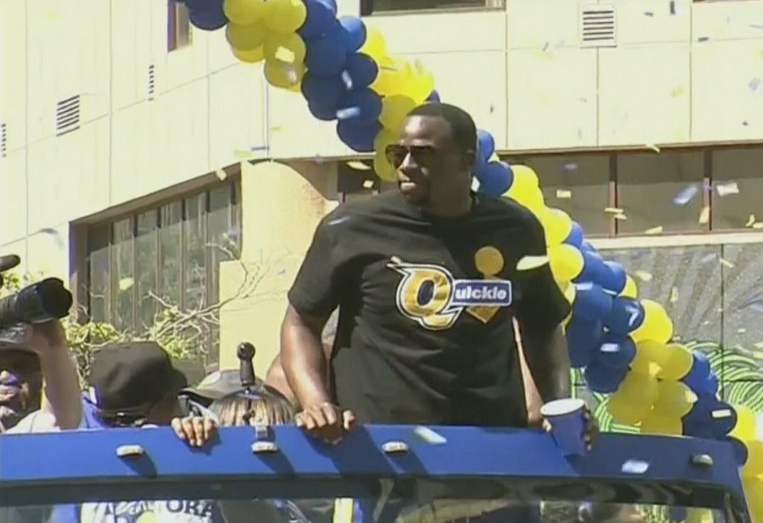 Draymond Green took what appeared to be a subtle shot at the Cavaliers during the Warriors Championship parade on Thursday.

Green sported a t-shirt with the Larry O’Brien Trophy and the word “Quickie.” the “Q”, however, looked rather similar to the Quicken Loans logo.

It didn’t take long for fans, reporters, and Twitter to notice.

Green has been a favorite target in Cleveland over the last three years, and had already been in hot water with Cleveland fans this past week after saying they “don’t seem to be the sharpest people,” after losing Game 4 of the Finals in Cleveland.

It’s probably safe to assume this will just add to the animosity Cleveland fans have for Green.

LeBron James was pretty quick to respond on his Instagram, and it’s safe to say he got the last laugh with his caption to the picture: