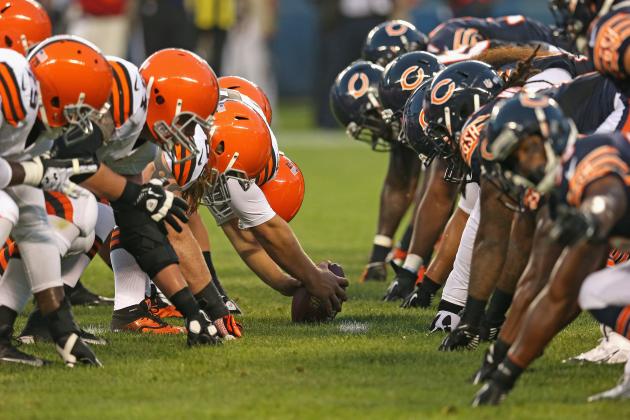 BEREA, OH – It’s been the question Browns fans have longed for since March: who would be the team’s starting left tackle after ironman Joe Thomas retired.

On Friday, they got an answer.

Undrafted rookie, Desmond Harrison will serve as quarterback Tyrod Taylor’s blindside protector, head coach Hue Jackson announced. Retroactively, the move bumps veteran Joel Bitonio back to his natural position of left guard. Early on in the preseason, Bitonio was shifted to left tackle in a bit of an experiment from the coaching staff. Ultimately, Jackson felt it was best to move Bitonio back to the position he knows best, left guard.

Harrison meanwhile, takes over the starting job after a carousel of lineman tried their hand at earning the role. Fellow rookie and second-round pick Austin Corbett has been showcased as a guard throughout the preseason. There was also three-year veteran Shon Coleman, who started camp as the potential replacement for Thomas but wound up being traded to the San Francisco 49ers last week for a 2019 seventh-round pick.

Harrison was considered a considered a talented player coming out of the University of West Georgia last year, but his dismissal from Texas in 2013 and numerous off the field issues – including a failed drug test at the NFL Combine – culminated in him going undrafted back in April.

In the end, Cleveland took a chance on him and here they sit with Harrison set to fill some big shoes left by Thomas at left tackle.