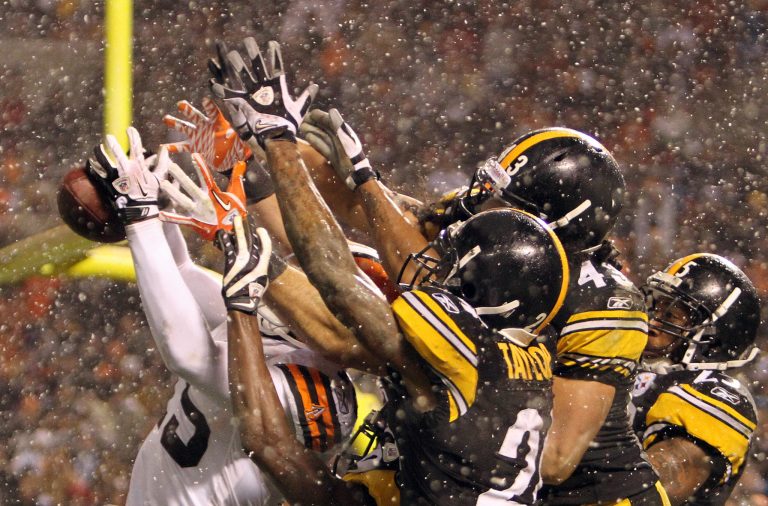 Get your rain gear out Browns fans, Sunday’s opener against the Steelers at First Energy Stadium could be a complete mess.

The forecast for Sunday is calling for severe weather for the 1:05pm kickoff, complete with the possibility of FIVE PLUS inches of rain Sunday afternoon and Sunday night.

So if you like football in the mud, this might be your lucky day.  Here’s a look at what might be coming this way for Sunday from Cleveland Meteorologist Jeff Tanchak of Channel 19 News WOIO. 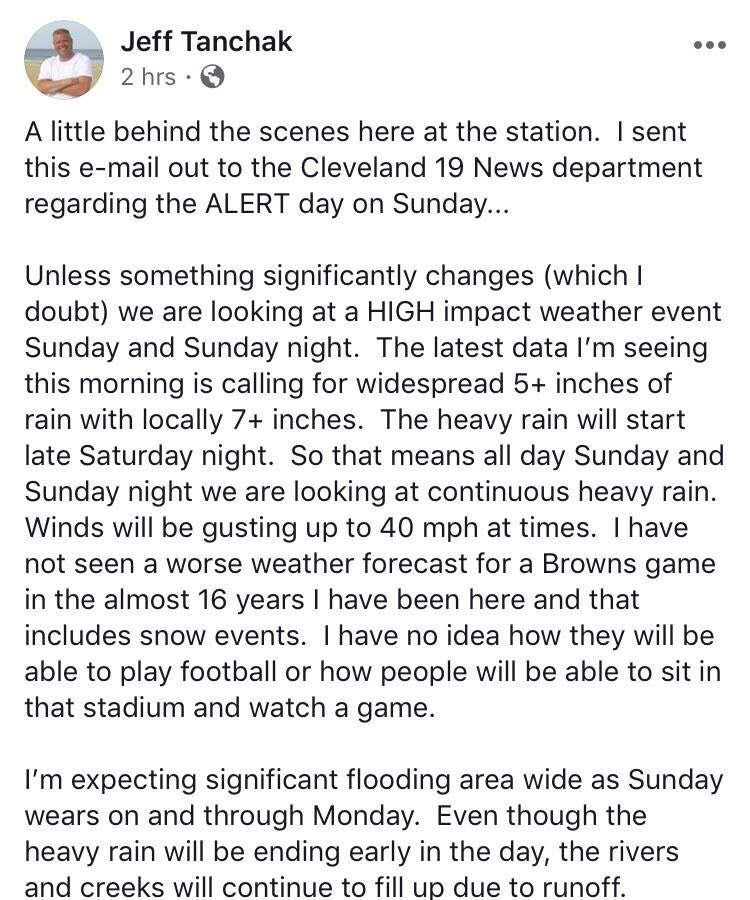 So who does the mess of a field favor? That’s a great question, but one thing for sure is that Steelers QB Ben Roethlisberger has been very good in the rain over the years.

“When you get in conditions like that, I believe Ben’s the best ‘mudder’ in the league,” said now Browns and former Steelers OC Todd Haley. “Sometimes, I root for bad weather.”

The last time Roethlisberger played in the rain was a Sunday night game against the Chiefs in 2016, and that night he threw for 300 yards with five touchdowns and no interceptions in a 43-14 win.

We will see what it’s like on Sunday, but as of now it would be best to get out and buy your poncho if you’re planning on heading to the game.

Enjoy some video of some of the wildest Weather games of all-time in the NFL.